'Pro-Khalistani elements not in hibernation in Punjab, active low-key'

To create unrest in India after failed attempt to create chaos in Kashmir post abrogation of Article 370, Pakistan's Inter Services Intelligence (ISI) has started activating the sleepers cells of Khalistani terror group in Punjab and began roping in youngsters to fulfil its nefarious act. 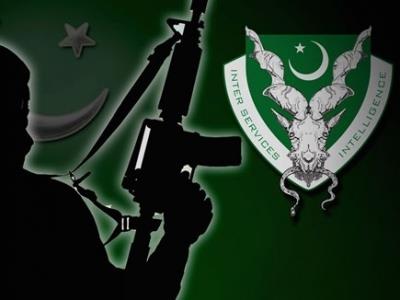 To create unrest in India after failed attempt to create chaos in Kashmir post abrogation of Article 370, Pakistan's Inter Services Intelligence (ISI) has started activating the sleepers cells of Khalistani terror group in Punjab and began roping in youngsters to fulfil its nefarious act. These sleepers cells are circulating literature of Khalistani group and funds are being managed through hawala channel. Pakistan has also activated the Khalistani members who are settled in Canada, the US and UK to fund Punjab-based youngsters aimed at creating mayhem in Punjab, said a top intelligence officer looking after the movements of Khalistani members.Sources said that they are also pumping in narcotics in Punjab to fund the Khalistani movement. He explained that as security grid has tightened in Jammu and Kashmir and ISI fails to push terrorists in the Valley, they have started focusing back in Punjab and pumping in drugs and arms through International boundary."The pro-Khalistani elements in Punjab were not in hibernation but active on a low key affair and trying to revive militancy in the border state with anti-India activities such as peddling drugs and arms through its sleeper cells," the sources in the Intelligence grid said.They also said that the recent spurt in the violence incidents like attack on the Punjab Police's intelligence headquarter, blast at a Ludhiana court on December 23 last year were two major incidents which have been executed by the Khalistani militants suggest that these anti-India elements have been trying to revive militancy in the border state.A senior official in the security grid said that reviving terrorism in both Kashmir and Punjab is most essential part of the ISI's K2 Plan (Kashmir and Khalistan) but following the sustained and coordinated counter terror operations in Kashmir valley by the security forces, the ISI has concentrated now in Punjab. The sources further said that the incidents have been on rise after the drones being used by the Khalistani militants hiding in Pakistan. It is learnt that the ISI got a huge number of drones from China and Turkey and some of them are given to Khalistani leaders operating from Pakistan to transport arms and drugs.Reacting to the situation, the former Director General of Police of Uttar Pradesh and Border Security Force Prakash Singh said that the Central government should take a serious notice in these developments as the Khalistani militant wants to recreate the terrorism in Punjab. "As of now, both the central and state governments are appearing to be on different pages and ultimately the people of the Punjab will have to pay a heavy price for this."However, the former Special Director of Intelligence Bureau Yashovardhan Azad said that perpetrators sitting across the border have been trying to revive the issue Khalistan time to time but the recent attack on the Punjab police's intelligence headquarter must be carefully seen because the terrorist have used Rocket Propelled Grenade."The sleeper cells of Khalistan has been activated in Punjab by the ISI, the leaders of Khalistan wants to imbue some misguided Sikh youths in Punjab but these stray incidents executed by the these elements will not pose any major challenge to our internal security as in one way, the Khalistan movement is dead now, yes some stray incidents do occur in Punjab as the they (Khalistani terrorists hiding in Pakistan) want to prove their utility before ISI," Azad said.
Source IANS