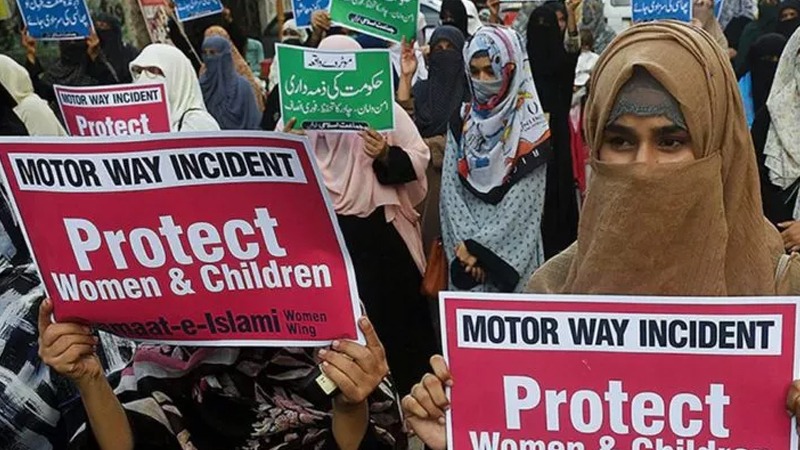 There are huge protests in Pakistan after the incident of the gang rape of a foreign woman in front of children. The officer investigating the case blamed the victim for this. After which people got infuriated It is said that in this case the police have so far arrested 15 accused. Large numbers of women are protesting the incident in most cities in Pakistan, including Lahore.

The incident is said to have occurred near Lahore, Pakistan. According to Pakistani media, a French woman was traveling from Lahore to Gujranwala with her two children on Thursday morning. During this time, her car suddenly stopped. In the dark night, the woman decided to sit in the car and wait for help to arrive.

Gang rape in front of children

The woman told police in her report that some people came and broke the car window and took her out. After that, they gangraped her in front of the victim’s children on a nearby farm. The attackers also took the victim’s jewelry, cash and three bank cards with them.

Lahore Police Chief Omar Sheikh blamed the victim of the incident. He said that no one in Pakistani society would allow his sister and daughter to travel alone for so many nights. They should have taken a safe road and had enough gasoline in the car. He also said that since the woman resided in France, she considered Pakistan safe.

Police arrested 15 people in this case. However, the AP news agency quoted a police officer as saying that many of the 15 people arrested were unrelated to the incident. Following irresponsible statements by Lahore Police Chief Omar Sheikh, the lead investigator in the case, Pakistanis grew angry and protests began in several cities.

Protests started in Pakistan after his statement. Several leaders associated with the government and the opposition publicly condemned the police chief’s statement. Pakistani Minister for Human Rights Shireen Mazari called her remarks unacceptable. He said the rape incident can never be rationalized.

PM Imran Khan says he is ‘following the case closely’

Condemning the brutal attack, Pakistan Prime Minister Imran Khan wrote in a statement on Twitter that he was closely following the case and had directed the investigators to arrest and sentence those involved in the incident “as soon as possible”,