Besides issuing red notices to Azhar, the arrest warrants have been issued against his brothers. 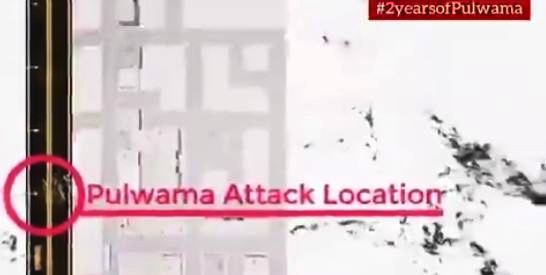 40 security personnel were killed after a terror attack on a CRPF convoy in South Kasmir's Pulwama. According to reports, Interpol has issued red notices to Maulana Masood Azhar of Jaish-e-Mohammad and three others.

The Pulwama terror attack has brought the relations between Pakistan and India to an all time low with situation becoming tense.

The National Investigation Agency is probing the terror case and reportedly, they are hoping that the authorities in Pakistan will take stringent and sincere action against terror outfits headed by Azhar and his aides who are believed to be hiding in Pakistan.

Besides issuing red notices to Azhar, the arrest warrants have been issued against his brothers, Abdul Rauf Asghar and Ibrahim Arthar and his cousing Ammar Alvi.

In the wake of Financial Action Task Force (FATF) reviewing Pakistan's actions against terror funding in the country, Pakistan is yet to implement action plan of the task force.

Pakistan has been put in "grey list" while the FATF plenary meeting during February 22-25 will take a final call on Pakistan. Red notices were previously issued against Azhar and Rauf while fresh interpol notices have also been issued. They are also accused for attacking Indian parliament in 2001 as well as attack on the Pathankot airbase in 2016.

Another Interpol notice on Rauf is due to his role in hijacking Indian Airlines’s Flight IC-814 in 1999. A counterterrorism official on the condition of anonymity spoke to Hindustan Times. They said, “Azhar and his brother live freely in Pakistan despite killing hundreds of innocent people…they are globally designated wanted terrorists and have three to four Interpol red notices pending against them. Pakistan must arrest them and hand them over to India.”

As Pakistan had issued arrest warrant against Azhar, the sources in counter terrorism team termed it an eye wash. Meanwhile Chinar-Corps of Indian Army posted on their Twitter account that India remembers the Pulwama attack.