Punjab: AQI of cities cross 400-mark, not stubble burning but THIS is main reason for deteriorating Air Quality

Reports reveal that highest level of pollution in the air was seen in Ludhiana, Khanna, Mohali where AQI touched the 400 mark. 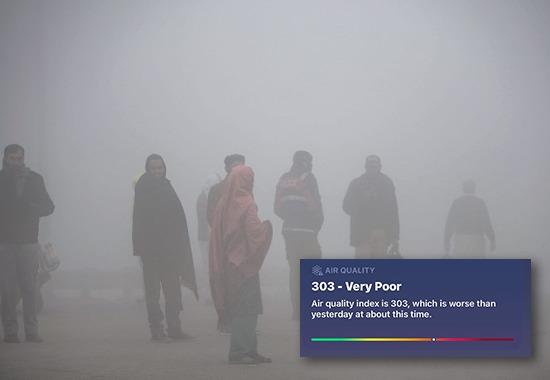 As per the information released from last few weeks, cases of stubble burning in Punjab have seen a lower count because of numerous efforts by government. For now, there are only a few places left in Punjab that still sees significant amount of stubble-burning cases as compared to other cities.

While the state was witnessing better AQI in a past few days, it was on Tuesday that situation became worse. Cities of Punjab reported AQI ranging from 265-400. Reportedly, one of the top causes for same was bursting of firecrackers on occasion of Guru Nanak Dev Ji’s Prakash Parv.

Punjab Remote Sensing Centre Ludhiana on Tuesday stated that Punjab witnessed 604 cases of stubble burning which is comparatively lower as compared to cases reported every day.

Data released by center reveals 165 stubble-burning cases from Ferozepur while Moga district is at second place in the cases of burning stubble at 164 places.

While on one hand, the cases of stubble burning saw a dip which could have been a great hope for Air Quality of Punjab, firecrackers burnt on other hand covered whole Punjab into a blanket of thick smog.

Reports reveal that highest level of pollution in the air was seen in Ludhiana, Khanna, Mohali where AQI touched the 400 mark. In cities like Amritsar, Jalandhar, Patiala, including Sangrur AQI reported between 200-300. Nawanshahr, Hoshiarpur, Kapurthala, Fatehgarh Sahib, Barnala, Gurdaspur, Moga, Ropar, Pathankot, Tarn Taran districts, the air pollution level has been recorded in the range of 200 to 230.