After Model Code of Conduct came into force in the state for Punjab Vidhan Sabha elections, various enforcement teams have seized valuables worth Rs 40.31 crores in violation of code till January 14, 2022. 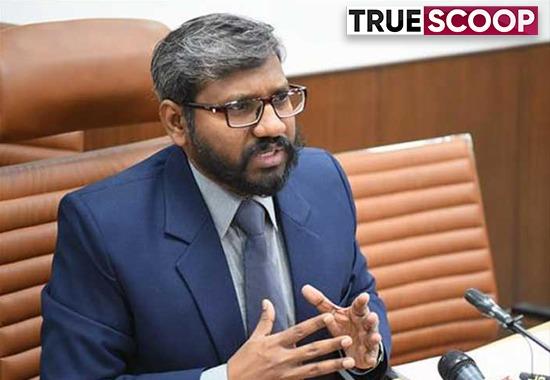 After Model Code of Conduct came into force in the state for Punjab Vidhan Sabha elections, various enforcement teams have seized valuables worth Rs 40.31 crores in violation of code till January 14, 2022.
Giving details in this regard, Chief Electoral Officer (CEO) Punjab Dr S Karuna Raju today said that the surveillance teams have seized 2.72 lakh litres of liquor worth Rs 81 lakh. Similarly, the enforcement wings have also recovered psychotropic substances amounting to Rs 38.93 crores besides confiscating unaccounted cash of Rs 14 lakhs, he added.
The Chief Electoral Officer revealed that as many as 1064 highly sensitive areas have been identified. Besides this, 2222 persons have been identified as probable sources of trouble, he said adding that out of these persons preventive action had already been initiated against 894 persons while the remaining would also be brought to book. He also informed that from a security point of view preventive measures had been taken against 118 persons. He informed that as many as 2064 cases of non-bailable warrants have been executed, while execution in 239 cases are under process. As many as 3692 nakas are operational across the State, he added.
The MCC teams have also removed as many as 53610 defacements of public properties, while 14911 on private properties.
As per the directions of the election commission, Dr Raju said till date 323102 licensed weapons have been deposited in the state, whereas 20 without licenses weapons were seized in the state.
He also informed that 84.3 percent of staff to be deployed in election duties have got their first dose of COVID-19 vaccine, while 49.9 percent staff are fully vaccinated.