#Exclusive Ayushman Bharat Scam: Enquiry at a halt, who is to be held responsible

It has been more than a year that the bureau has received no follow-up or further information regarding the outcome of the expert opinion of the health department. 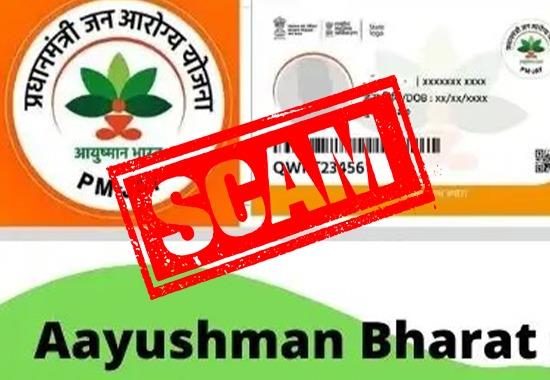 The Vigilance Bureau of Punjab has registered a case against the nine big hospitals of Jalandhar doing scams under the Ayushman Bharat Scheme. It was almost 18 months back when the bureau registered a case against the same but still, the case has not reached any conclusion.
After carrying out the investigation it was revealed that the Vigilance Bureau has made all possible efforts from its side, but the case is at a halt because of the health department.
Then DGP-cum-Chief Director Vigilance Bureau B K Uppal said, “based on inputs received from credible sources, it has come to light that several well-known private hospitals based in Jalandhar, Hoshiarpur, and Kapurthala districts have prepared hefty fake bills in the names of smart card holders for their treatment under Ayushman Bharat scheme and took insurance claims from the insurance firm.”
IFFKO TOKIO Insurance Company provides the claim to the hospitals for treating people under the Ayushman Bharat Scheme and the hospitals are providing them with fake bills to earn hefty amounts of profits.
According to the sources, Vigilance Bureau got the information that a scam is going on under this scheme and when an investigation was carried out in this regard, they got the know that the hospitals are treating only one patient under the smart card, but is mentioning that they have treated four more. This means that they were receiving claims for one genuine and 4 fake patients.
The Vigilance Bureau prepared a list of more than 200 such cases and initiated a Vigilance Enquiry (VE) against the hospitals involved in the scam. To carry out further investigation Vigilance Bureau requested the government to assist the health department.  Vigilance Bureau was later told by the health department to provide them with all the cases and they will get them verified.
Now, it has been more than a year that the bureau has received no follow-up or further information regarding the outcome of the expert opinion of the health department.
The Vigilance Bureau has queried about the same again and again but in vain. The inquiry has now been at a halt.
Who is to be held responsible?
Reportedly, the investigation can be done further only when the health department of the state will provide expert opinions on tainted claim cases.
As per sources, the Vigilance bureau is keen to proceed further, if the health department provides an expert opinion on the tainted cases. VB used to take technically expert assistance in such types of cases.
Health Department is seemed to seen favoring suspected hospitals. This scam is not only going on in Jalandhar but other parts of the state as well.
The reason for no development in this case is medical lobbying or is it the fault of the Vigilance Bureau working system?
Will the newly formed government take any step in this matter or not?
The scheme has gone on hold in Punjab due to the long outstanding dues which the Punjab government has not cleared.  After this, all the private and government hospitals have denied providing treatment to the patients under this scheme hailing from Punjab. There is a total of 60% of people in Punjab availing the benefits of this scheme.