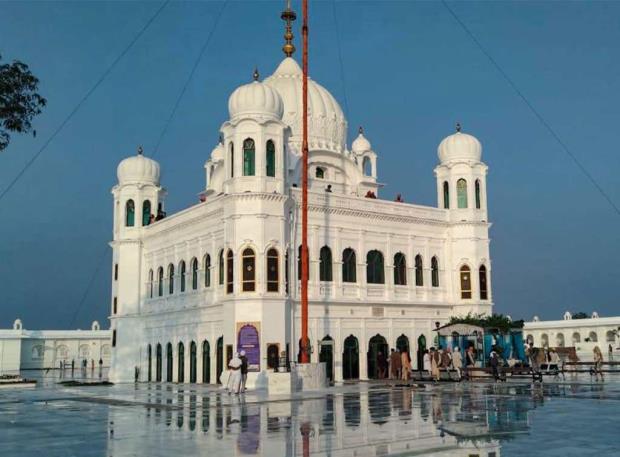 A delegation of Punjab BJP leaders has left for Gurdwara Darbar Sahib in Kartarpur, Pakistan on Thursday after the corridor was reopened on November 17. The delegation of BJP leaders will offer prayers at the shrine dedicated to Sikhism's founder Guru Nanak Dev.

Before progressing to the integrated check post, Punjab BJP chief Ashwani Sharma told reporters that BJP leaders would pay obeisance at the Kartarpur Sahib gurdwara.
Sharma, who wore a turban, expressed gratitude to the prime minister and the home minister for reopening the Kartarpur corridor so that devotees could offer prayers ahead of Guru Nanak Dev's birth anniversary.

With the reopening of Sri Kartarpur Sahib corridor, the delegation of Punjab Cabinet and other dignitaries led by the Chief Minister Mr Charanjit Singh Channi also left for Gurdwara Sahib today.

The corridor provides a visa-free border crossing for pilgrims from India visiting the Kartarpur Sahib gurdwara in Pakistan.

The Gurudwara is considered to be one of the holiest places in Sikhism. It's believed to be the final resting place of Guru Nanak Dev. The 4.7 km long corridor was opened with much fanfare on November 9, 2019, on Gurpurab.

However, it was shut down in March 2020 owing to the Covid pandemic.

On Wednesday, 28 devotees travelled through the Kartarpur corridor to the Gurdwara Darbar Sahib in Pakistan.

Today, security officers were stationed in and around Dera Baba Nanak in Gurdaspur.