All central/state government and private institutions in Punjab (including Chandigarh) will be covered under the scheme. 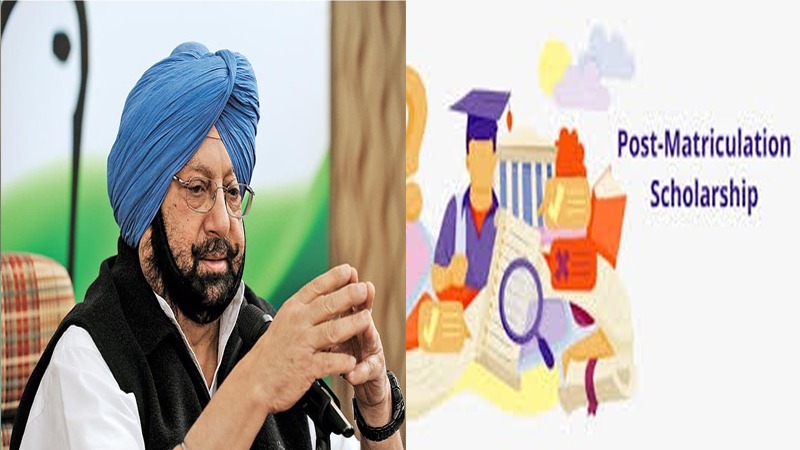 The Punjab Cabinet on Wednesday cleared the decks for the State Government to launch its own SC Post Matric Scholarship Scheme in place of the Centre’s defunct scheme, in order to facilitate SC students to pursue higher education in government and private institutions, with Chief Minister Captain Amarinder Singh also announcing increase in income criteria from earlier Rs 2.5 lakh to Rs 4 lakh to accommodate more students.

The total financial implication of the proposal is estimated to be about Rs.600 crore. Of this, the tentative liability of the Government institutions would be about Rs.168 crore and the remaining Rs.432 crore would be borne by the private educational institutions and the government. Since the revised scheme envisages reimbursement of 60% to the private institutions by the state, the liability of the Government on this account would be 60% of Rs.432 crore i.e. about Rs.260 crore.

The scheme will come as a relief to hundreds of thousands of SC students who were deprived of the opportunity to pursue higher learning after the Government of India suddenly withdrew from its Post Matric Scholarship Scheme in 2018, when it made several amendments to pass the financial burden to the state government. Since then, the state government has not been able to avail any grants under the Centre’s scheme.

Also Read:
Punjab to give 33% reservation to women under direct reservation in State Civil services

As per the revised income criteria, the combined income of both parents for a student to avail assistance under the new scheme has been enhanced from Rs.2.50 lakh to Rs.4 lakh, according to an official spokesperson. There shall be no burden of course fee on SC students, who shall be provided cashless free education. The remaining terms and conditions of the scheme shall remain as earlier under the Post Matric Scholarship Scheme of 2018 of the Government of India.

Notably, the population of SC community in Punjab is 31.94% and persons in this category are both economically and socially backward. As per Census 2011, the literacy rate of SCs in Punjab was 68.4% as compared to literacy rate of 75.9% of other communities. As per the National Family Health Survey (NFHS) 2014-15, 86.8% of SC students in the age group of 6 to 17 attended schools in 2014-15 as against 96% students belonging to other communities.