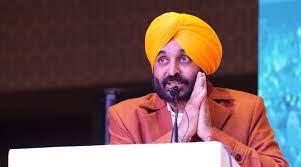 A big decision has been taken by Chief Minister Bhagwant Mann today on the occasion of Teacher's Day. Chief Minister Mann has released a video from his social media handle and given this information.

He has announced today on the occasion for teachers of government colleges and universities that the UGC pay scale (7th amendment) will be implemented for these teachers in Punjab soon. This amendment will come into effect from 1 October 2022. Also, a special decision has been announced for guest faculty teachers.

Along with this, Chief Minister Bhagwant Mann said that the old demands of the teachers will be fulfilled. Soon permission has been given to have guest faculty in schools and colleges of Punjab. Also, the salaries of teachers working as guest faculty have also been increased.