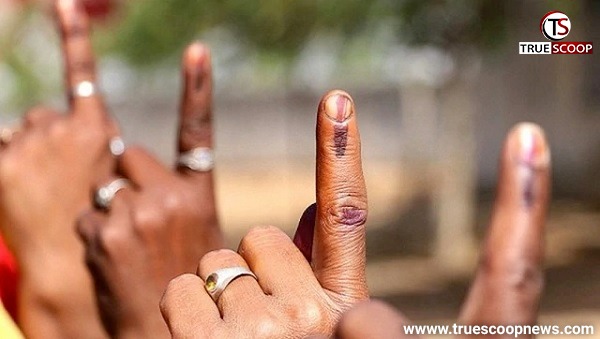 As the counting of votes for the civic body poll held on February 14, concluded today, the result came as a shock to many Congress candidates who were confident of making it this time. However, the independent candidates surprised the voters by winning 59 out of 110 wards, while the Aam Aadmi Party (AAP) miserably failed to woo voters and couldn’t win even a single ward.

The independent candidates won more than 50% of wards, and Congress trailed behind winning 47/110 wards, the parties BSP, BJP, and SAD languished in lower single-digits i.e. two and one each respectively, while AAP miserably failed woo voters.

These results, ahead of the state Assembly polls have reaffirmed Congress hold in the state, while sending out a clear message to BJP, SAD and AAP to pull up the socks.

The BJP and SAD who won one-ward each in Nurmahal and Alwalpur, respectively, have received a clear cut message from the voters that it needs to work a lot on the ground. However, the AAP that was boosting the support of common masses and farmers saying they are eyeing change in Punjab Politics, have received a major setback as it couldn’t win a single ward despite contesting on its own symbol from as many as 72 wards.

The polls were held for six municipal councils i.e. Adampur, Alawalpur, Kartarpur, Nakodar, Nurmahal and Phillaur and two nagar panchayats - Lohian Khas and Mehatpur and there were a total 110 wards. Check the table listed below to know which party won how many wards in the eight local bodies of Jalandhar. 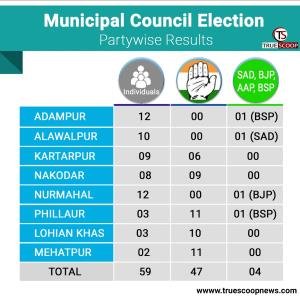 Get the latest update about Elections, check out more about Special Report, Analysis, News & BJP