Punjab CM’s son tied a knot in a low-key ceremony as per Sikh rituals at Gurdwara Sacha Dhan at Phase 3, Mohali. 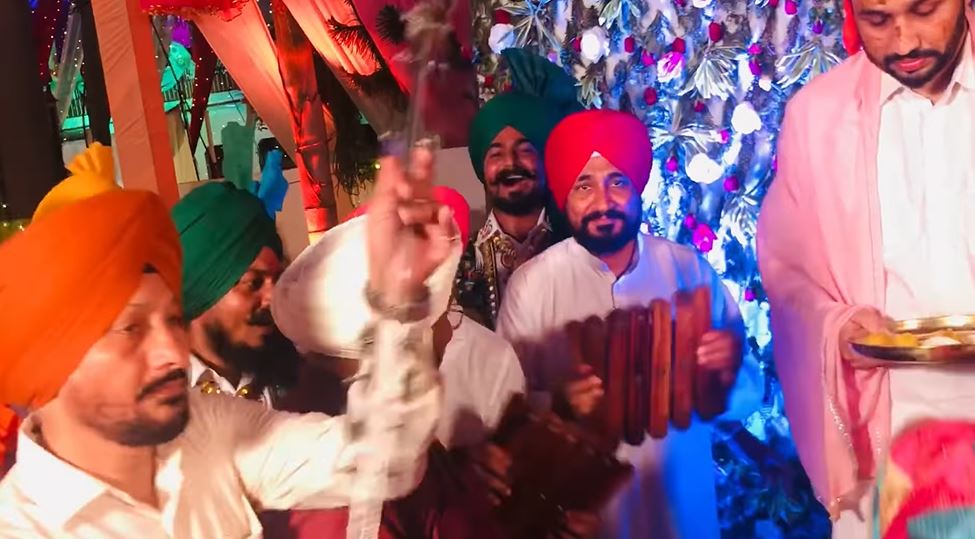 During a wedding event, Punjab CM Channi was seen playing Punjab’s traditional musical instruments. He was enjoying and matching every beat with the professional musicians.

Today, Punjab CM’s son's wedding was low-key and only a few close friends and politicians were invited to bless the bride and bridegroom. One of the family members said, “Only Close relatives have been invited for the marriage which was fixed much before he (Channi) was elevated as chief minister. After taking charge as CM, he didn’t change anything regarding his son’s marriage”.

CM Channi did some of the changes like shifting the venue from Phase 8 to Phase 3. On Tuesday, he himself met the Gurudwara management and asked for the permission. One more change was seen as a leaf was added to the invitation card highlight the new wedding venue and describing Channi as “Punjab CM”.