The MHA guidelines are in consonance with the state government’s decision to allow certain units to function with labourers staying on-site, the Chief Minister pointed out, adding that the Centre had accepted Punjab’s suggestion on this count. 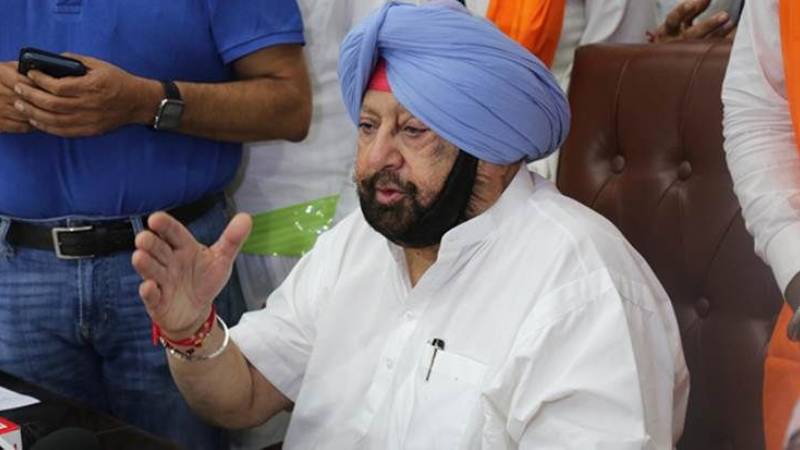 In line with his decision not to ease the state-wide curfew despite the relaxations allowed by the Centre, Punjab Chief Minister Captain Amarinder Singh on Monday clarified that industrial units being permitted to function in non-containment zones would be required to align to the state government earlier orders, as also the guidelines of the Ministry of Home Affairs.

The MHA guidelines are in consonance with the state government decision to allow certain units to function with labourers staying on-site, the Chief Minister pointed out, adding that the Centre had accepted Punjab suggestion on this count.

Captain Amarinder, who had announced on Sunday that there would be no relaxation in curfew in the state till May 3, today asked the DCs to immediately clamp down on all activities that are contributing to the spread of the COVID-2019 pandemic in the containment zones and any other areas where the local administration sees a hotspot developing.

At the same time, he asked the DCs to facilitate opening of industrial units in non-containment areas by meticulously complying with the detailed instructions issued by the state government on April 18 to facilitate opening of such industrial units that can operate in the light of the Ministry of Home Affairs (MHA) orders. All MHA guidelines and conditions should be strictly complied with by the district administration, he added.

Conditions laid down by the state government with regard to arrangement for stay, transport and food should be strictly met, along with meticulous compliance with all health advisories relating to the pandemic, the DCs have been told by the Chief Minister.

Captain Amarinder said the state government was deeply concerned about the plight of labour, including migrant labour, and of Punjab industry, most of which is tiny, micro, and small. At the same time, he said, “we are fully conscious of the need to ensure that the curfew imposed in the state has helped contain the spread of COVID-2019, and therefore needs to continue for some more time.” The detailed instructions issued on April 18 were in this background and aimed at facilitating the opening of industrial units as permitted under the new MHA guidelines of April 15, he added.

The MHA guidelines said that bulk passes may be issued for the industrial and other establishments/activities that have been permitted with effect from April 20, 2020. These have been allowed to commence operations with stringent compliance to conditions regarding stay and transport of workers.

It may be noted that as many as 11 different categories of industrial establishments have been allowed to operate with the condition that in case the industrial establishment employs 10 or more persons it shall make arrangements for stay of workers within its premises as far as possible and/or adjacent buildings. The transportation of workers to work place shall be arranged by the employers in dedicated transport by ensuring social distancing.

Similarly, construction projects have also been permitted subject to some conditions, which implies that the related activities of stone crushing, mining of sand and gravel its transport, sale out-lets of cement, steel are also permitted though their working norms can be regulated.