Former Punjab Chief Minister Amarinder Singh on Tuesday ridiculed present Chief Minister Charanjit Singh Channi for his frequent accusations that he had "connived with the Badals" and harmed Punjab's interests. 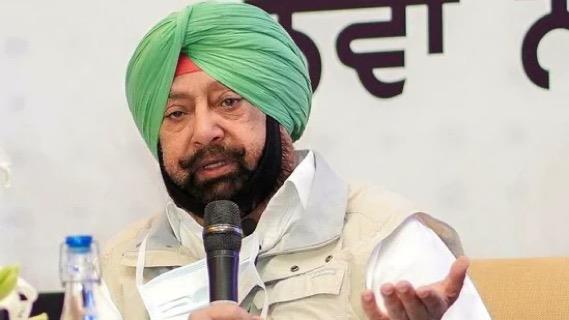 Former Punjab Chief Minister Amarinder Singh on Tuesday ridiculed present Chief Minister Charanjit Singh Channi for his frequent accusations that he had "connived with the Badals" and harmed Punjab's interests.

He said it was the other way round, as it was Channi who had connived with and capitulated before the Badals to save his brother in the Ludhiana City Centre case.

"It is a classic case of pot calling the kettle black," Amarinder Singh said, adding, "It is not me, but Channi who had pledged his support and conscience to the Badals to save his brother."

Responding to Channi's accusations, Amarinder Singh said, "Although I did not want to join the issue, his (Channi's) frequent false accusations have forced me to reveal his capitulation before Sukhbir Singh Badal in 2007 to save his brother, who was an accused along with me in the Ludhiana City Centre case."

Amarinder Singh pointed out that he had put the Badals behind the bars in 2002 and in reprisal they had filed a false case against him, which he fought in the courts for 13 years, while Channi, who at that time was an Independent MLA, had tried to buy peace with them to save his brother and pledged his support to the Badals in the Vidhan Sabha.

"It is not me who had any understanding with the Badals, but you (Channi) who joined them to save your brother in the same case in which I was also an accused," he told Channi, adding that those living in glass houses should not throw stones at others.

"Had I aligned with the Badals and got some understanding with them, as you are accusing me of, I would not have faced the persecution for 13 years," he reminded Channi, while challenging him to deny that he did not capitulate before Sukhbir Badal and begged pardon for his brother.