The ideas pitched for Punjab's tableau were, showcasing the contribution of the state’s soldiers and farmers; the sacrifices of Sikh woman warrior Mai Bhago; or the Battle of Saragarhi. Author : Guneet kaur 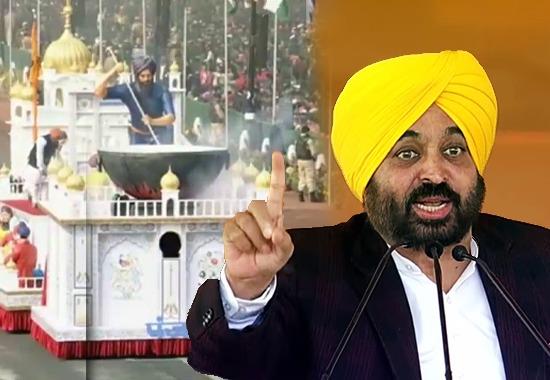 This year the famous Republic Day parade will not witness the tableau from Punjab for the very first time after the year 2017. The central government rejected the ideas that were proposed by the Punjab state government for Republic Day. The three ideas given were, showcasing the contribution of the state’s soldiers and farmers; the sacrifices of Sikh woman warrior Mai Bhago; or the Battle of Saragarhi. As none of them received a green signal from the Centre, Bhagwant Mann condemned this decision of the BJP.

Punjab CM Bhagwant Mann stated that this is for the very first time after 2017 that the Central government has rejected the tableau of Punjab for the Republic Day parade. He further added that the games BJP is playing with the state are not at all good. He also said that because of BJP’s decision people all around the world will not be able to know about the culture, history and sacrifices of Punjab. He added that most of the freedom fighter, warriors and soldiers are from Punjab who sacrificed their lives to make India free and are still fighting to protect the country. He in his video said that leaders who have recently joined BJP like Capt. Amarinder Singh hail from Punjab and still not raised their voice against the decision. CM Mann stated, “I am disappointed with the decision of BJP and condemn the same.”