He termed their agitation a reaction to the actions of the Central government, which had attacked their livelihood. 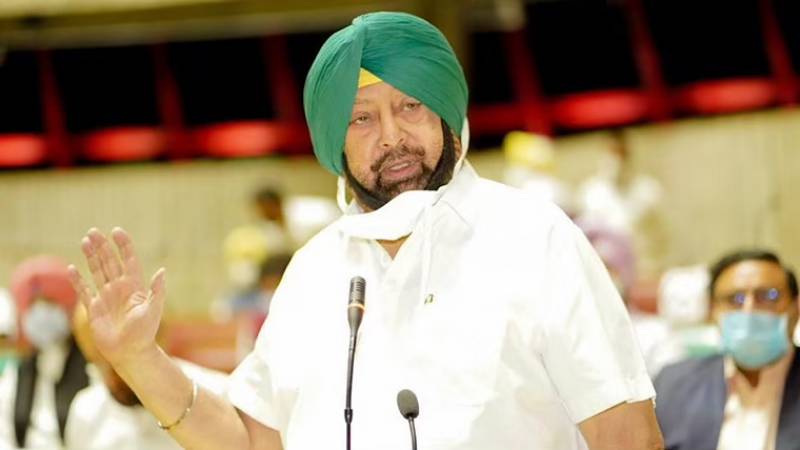 Punjab Chief Minister Amarinder Singh on Wednesday questioned the timing of the various notices issued by the Enforcement Department (ED) and the Income Department to him and his family members ever since the state passed its amendment Bills to negate the impact of the Central farm laws.

Responding to a question during an informal media interaction at Jantar Mantar after his dharna, the Chief Minister said that besides the ED notice to his son Raninder, notices from the I-T had been received by him and his wife Preneet Kaur.

Even his two granddaughters, one of them a law student and another preparing for her engagement, as well as a teenage grandson had not been spared and had received notices, he disclosed.

"I don't know what to say on these except that the timing of these notices is suspect, since all of them have been issued by the Central agencies after his government initiated and got the farm amendment Bills passed in the Vidhan Sabha," said Amarinder Singh.

Trashing allegations of 'urban naxalism' against the agitating farmers, the Chief Minister rejected charges of his government instigating the farmers to protest.

He termed their agitation a reaction to the actions of the Central government, which had attacked their livelihood.

The problems were of the Centre's making, Punjab only wanted peace in which all people, including farmers and industry, could thrive, he added.

Countering the Bharatiya Janata Party's claim that the Central farm laws were designed to free the farmers, the Chief Minister said, on the contrary, the farmers were being tied to the shackles of the corporates.

It was an injustice not just to farmers of Punjab but to those of other states too, including Haryana, Himachal Pradesh, Uttar Pradesh, etc., he said in response to a question.

Asked about the Aam Aadmi Party's failure to join the dharna, the Chief Minister questioned their double standards and asked why their MLAs had accompanied him to meet the Governor to submit a copy of the resolution and amendment Bills which they had also voted for in the Vidhan Sabha.