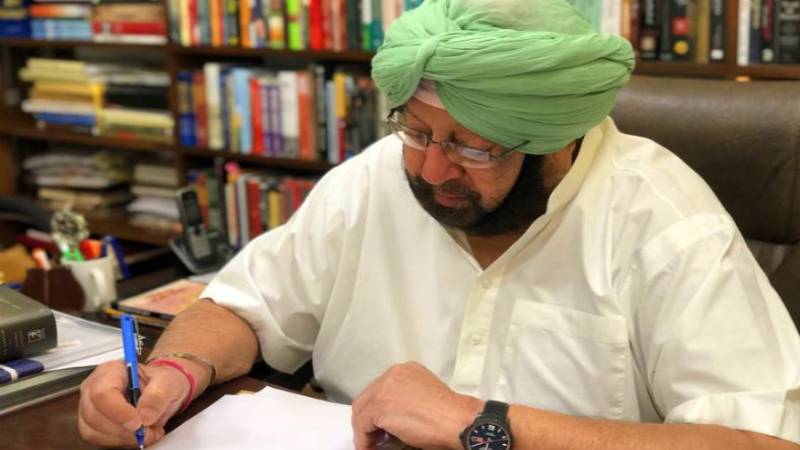 Terming the Covid situation in the state non-conducive to the conduct of examinations, Punjab Chief Minister Captain Amarinder on Thursday said he shall write to Prime Minister Narendra Modi and Union Home Minister Amit Shah seeking cancellation of exams in universities and colleges in the interest and safety of the students.

The Chief Minister said he will seek revocation of the July 6 MHA orders on compulsory conduct of final terms exams in the universities/colleges by September, and withdrawal of the University Grants Commission (UGC) guidelines accordingly.

Covid cases in Punjab are increasing every day and are projected to peak in September, Captain Amarinder pointed out, adding that he was not ready to risk the lives of the students in these circumstances.

“How can we take the risk of exposing students by bringing them together for exams at this juncture?,” said the Chief Minister. He further said that exams could not be held in online mode, which the UGC had suggested as an option, since a large section of the students in Punjab, especially in rural areas and among the backward communities, do not have access to affordable and uninterrupted Internet connectivity.

It is just not feasible to hold exams in the current situation, he stressed at a meeting of the Education Department to discuss the issue. Technical Education Minister Charanjit Singh Channi expressed full agreement with the Chief Minister’s view that the situation did not allow safe conduct of exams.

Pointing out that seven other states had already raised their concerns on this count with the central government, Captain Amarinder said all Congress-ruled states had in fact decided to approach the Union Government in this regard.

The Chief Minister also asked Higher Education Minister Tript Singh Bajwa to write to his counterpart in the central government on the issue. He urged the Vice-Chancellors of various institutions to also write to the UGC for cancellation of the exams in the light of the risk involved in the conduct of the exams amid the Covid crisis.

Education Secretary Rahul Bhandari apprised the Chief Minister that he had already written to the UGC chairman for reconsideration of the UGC guidelines issued on 06-07-2020 for conduct of terminal semester exams. “Keeping in view the Covid 19 crisis and an increasing number of patients on daily basis, the possibility of conducting exams seems to be remote and not feasible,” he wrote. Pointing out that most of the University/College hostels had been evacuated and were being used as Covid Care Centres and regular train/bus services had not been operationalized so far, making it non-feasible for students to travel for their exams.

It may be noted that the Government of Punjab had already announced its decision to award degrees/diplomas, and promote students, on the basis of performance of past semesters, with those seeking a chance to improve their performance to be allowed to take exams whenever the situation improved.

Get the latest update about Top Regional News, check out more about Surge In The Number of Cases, True Scoop, Cancellation of Final Year Exams & Capt Not Ready To Risk Lives