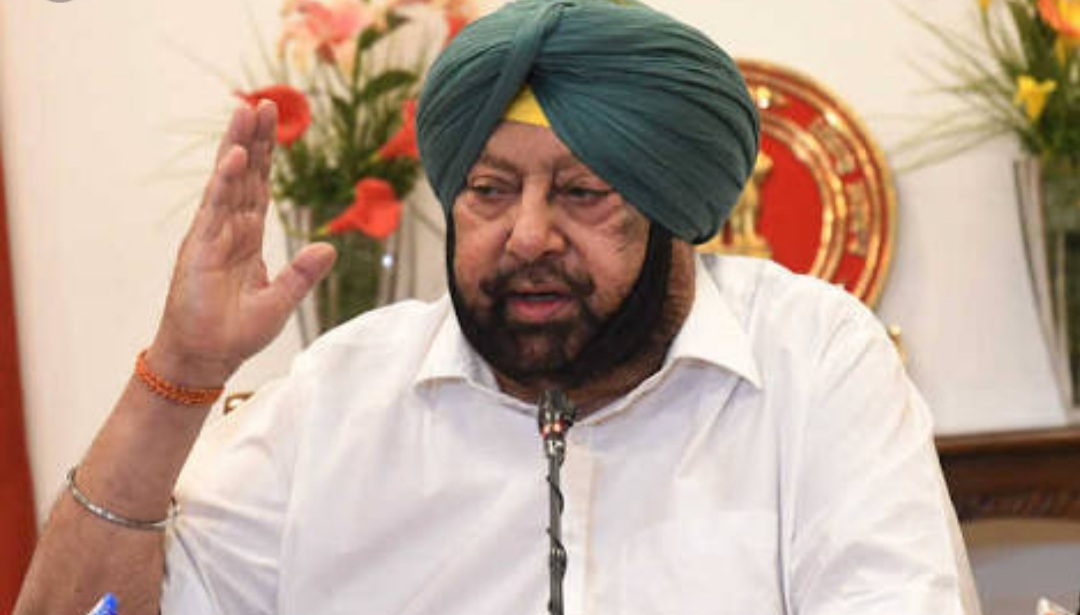 Expressing serious concern over the threat to the state’s agriculture as a result of the ‘disruption caused by the three new Farm Laws’, Punjab Chief Minister Captain Amarinder Singh on Saturday urged Prime Minister Narendra Modi to ensure urgent resolution of the ongoing farm unrest by the Centre “to the satisfaction of the protesting farmers by addressing all their grievances.”

Calling for the fullest respect for the `Annadaata, the Chief Minister, through his speech, submitted  for the virtual meeting of the Niti Aayog, reiterated his government’s stand that Agriculture is a State subject and law-making on it should be left to the States in the true spirit of “cooperative federalism” enshrined in the Constitution. In this context, he pointed to the state amendments already passed to the central legislations by the Punjab Vidhan Sabha in October 2020.

Captain Amarinder could not attend the meeting as he was indisposed.

The Chief Minister asserted, in his speech, that any reform that is sought to be introduced in a sector subsuming almost 60% of the country’s workforce must be done only through a process of extensive consultation with all the stakeholders, of which Punjab is a key stakeholder, being at the forefront of ensuring food security for the country.

Citing strong apprehension among farmers of the State that the Minimum Support Price based procurement regime through Food Corporation of India (or agencies on its behalf), introduced as part of food security measures in the 1960s, may be discontinued in view of the Shanta Kumar Committee Report of 2015, the Chief Minister also stressed the need for the Government if India to decisively dispel any such impression “to instill proper confidence in the farmers of the State.”

The Chief Minister also used the forum to once again reiterated the state government’s demand for bonus of Rs 100/quintal of paddy procured as “Paddy Straw Management Compensation”, which can be used for purchase or rental of new equipment, attaining the skills for efficient use, and to reduce cost of operation and maintenance. He requested the GoI to provide Rs 5 crore per MW financial support for Biomass Power Projects and Rs. 3.5 cr per MW for Biomass Solar Hybrid Projects to the state as Viability Gap Fund (VGF) to help alleviate the effects of paddy straw burning through ex-situ utilization of available paddy straw with good returns to the farmers.

Underlining the importance of aligning the cropping system to agro-climatic conditions at the district level for optimum use of resources, Captain Amarinder called upon the Government of India to designate agencies to procure and provide MSP matching the returns of wheat and paddy in order to incentivize the farmers to take up cultivation of alternate crops and thereby achieve diversification and save precious water. He also sought Central Government’s support and liberal financial assistance to facilitate the state’s programmes and schemes for diversification towards nutri-cereals, pulses, horticulture, fisheries and animal husbandry.

The importance of water conservation was also highlighted by the Chief Minister, who requested the Government of India to consider Punjab’s pilot project – ‘Pani Bachao Paisa Kamao (PBPK)’ – as a national project, for which a feasibility report amounting to Rs 433.00 crore has already been submitted by the state to the Central Water Commission. He further sought from the Central Government a Deficiency Price Support for alternative crops like Maize, in order to encourage farmers to diversify out of the water-intensive Paddy crop.

The Chief Minister also urged the central government to devise a cluster development scheme, on the lines of the MSME sector, for the Food Processing Sector for creating ‘Common Facilities’ in every Agri Cluster which will supplement the 3 Mega Food Parks established in the State.

Get the latest update about FarmLaws, check out more about FarmerProtests News & BlackLaws