A large share of the party has agreed on the seat share announced by the party. The first list can be released today, for 73 out of the 75 seats that congress has. 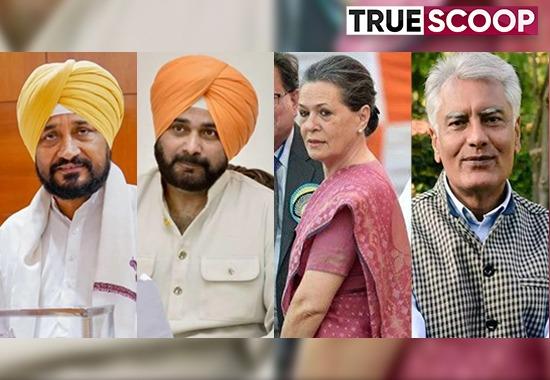 There has been a commotion in the state of Punjab over the tickets for the upcoming elections in the state. In a meeting with the Central Election Committee, on Thursday , 78 seats were discussed. There was a clash between the major leaders of the party. Charanjit Singh Channi, Navjot Singh Sidhu and Sunil Jakhar were not coming to a consensus. Witnessing all this Sonia Gandhi said that the leaders should first come to an agreement among themselves and then come to the meeting.
A large share of the party has agreed on the seat share announced by the party. The first list can be released today, for 73 out of the 75 seats that congress has. Most of the MLAs will be there in the list. The final decision is going on for 5 seats. The number of female candidates is also set to increase in the list.
CM Channi is in favor of his relative Mohinder KP contesting from Adampur seat in Punjab. However, Navjot Sidhu says that Sushil Rinku, MLA from Jalandhar West, should be contesting from Adampur. It was agreed upon at the party level, but CM Channi played another bet. Earlier it was discussed that in view of the SC vote bank, CM Channi should also contest from Adampur along with Chamkaur Sahib, but after the formula of 'One Family-One Ticket' it was not possible. That is why the CM has lobbied here for his close relative KP.
This time the Youth Congress also wants to get tickets for its leaders. During the meeting led by Sonia Gandhi, CM Channi and Sidhu supported Nimisha Mehta for the Garhshankar seat. However, campaign committee head Sunil Jakhar put forward the name of former Youth Congress president Amarpreet Singh Lali. Youth Congress is asking for 12 tickets, apart from Lali, Barinder Dhillon Ropar, Amit Bawa Saini Derabassi, Daman Bajwa Sunam and Gurjot Dhindsa are staking claim on tickets from Amargarh.Youth Congress wants ticket for Chuspinder from Mansa, but from here Navjot Sidhu and CM Channi are standing in favor of giving ticket to controversial singer Sidhu Musewala.
Seeing the leaders clashing in front of Sonia Gandhi, once again there will be a meeting of the Screening Committee for consent. It will be headed by committee chairman Ajay Maken. All the members including CM Channi, Sidhu and Jakhar will be involved in this. After the consensus is reached here, there will be a meeting of the CEC again, after which the first list will be issued.