MLA was informed about the same over the phone. Author : Guneet kaur 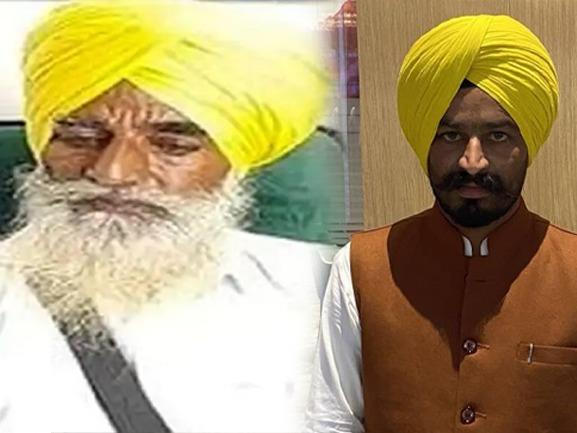 Heart-breaking news has come to the fore in Punjab. AAP MLA Labh Singh who defeated former CM, Charanjeet Singh Channi is going through a tough time. MLA’s father, Darshan Singh has swallowed poison. After this incident took place, he was immediately taken to DMC hospital Ludhiana. The condition of MLA’s father seems to be critical. Reportedly, whosoever is getting to know about this is visiting the hospital to keep a check on Labh Singh’s father.

MLA Ugoke defeated Charanjit Singh Channi by more than 37,558 votes during the elections. It is also being informed that when this unfortunate thing happened, the MLA was demonstrating with the party MLAs in Chandigarh. He was informed about the same over the phone.

When the MLA won the elections, his mother expressed ultimate joy saying that she is very happy on seeing her son win. It is being told, that Darshan Singh has a fight with his elder brother over some issue after which he lost his temper and decided to take such a huge step. The investigation regarding this matter will be carried out only based on Darshan Singh’s statement.