Punjab: Inside story of why other leaders were not given BJP membership ever after being close alliance of Capt. Amarinder Singh

The two names that have sprung up the most are Punjab Assembly Speaker Rana KP Singh and former Deputy Chief Minister OP Soni. 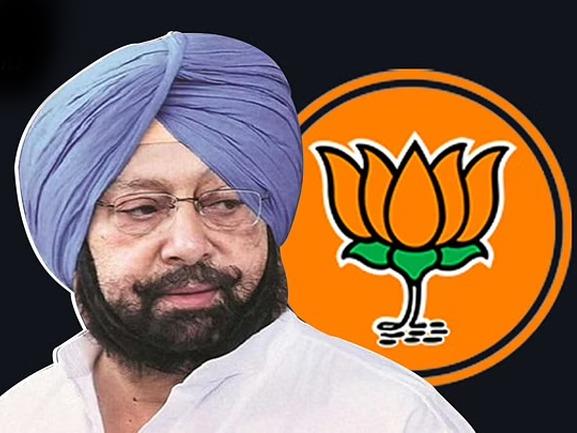 The former Chief Minister of Punjab had been gripping all the headlines for the past few days. Capt. Amarinder Singh on 19 September 2022 joined the Bhartiya Janata Party as one of its members. The major shock that everyone has got that along with Capt. Amarinder Singh, his other close alliances were not considered for providing membership in BJP.

BJP seems to have changed its strategy in Punjab, it has decided not to include any leaders from the Congress party that have been under any kind of controversy related to corruption. Although, Capt. Amarinder Singh gave a list of ministers but BJP decided to drop some names out of it.

The two names that have sprung up the most are former Punjab Assembly Speaker Rana KP Singh and former Deputy Chief Minister OP Soni. Deputy CM was related to the case of misappropriation of sanitizer during the Corona period. A Vigilance Inquiry has also been initiated against him. Besides him, Rana KP Singh’s name appeared in the corruption case directly.

Former cabinet minister Sadhu Singh Dharamsot. Dharamsot's name is associated with the post-matric scholarship scam, while being the Forest Minister, his name was also associated with the cutting of trees to taking commission in the purchase of tree guards. Vigilance registered a case against him and arrested him and he also went to jail. He later got orders from the High Court for his release on bail.

If the sources have to be believed, the names of these leaders were also there in the list of BJP membership, but after a meeting was held between Captain Amarinder Singh and Amit Shah, the names of both officials were removed from the list. Even Captain Amarinder Singh before the meeting don't have the idea that these names will be removed from the list.

Sr. Iqbal Singh said that it had been made very clear by the BJP party that no leader who has a case of corruption against them will be allowed membership of the party. According to party sources, the BJP has changed its strategy and has decided not to include leaders who have any corruption cases or are facing serious allegations.