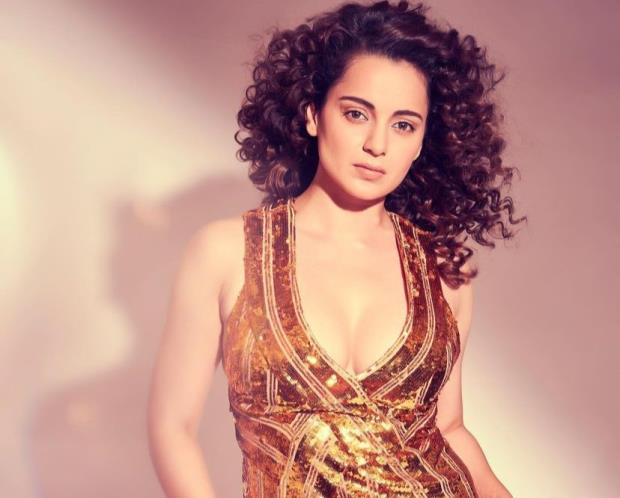 Bollywood actress Kangana Ranaut, many times came in support of BJP-Led government. She has always been vocal in expressing her opinion publically.
Kangana has shared a note on PM’s national security breach. She has called this act as ‘shameful’ and an attack on democracy’. She took to Instagram and shared, “What happened in Punjab is shameful, Honourable Prime Minister is democratically elected leader/ representative/ voice of 1.4 billion people, an attack on him is an attack on every single Indian... it is an attack on our democracy itself, Punjab is becoming a hub for terroristic activities if we don't stop them now, nation will have to pay a big price #bharatstandswithmodiji." 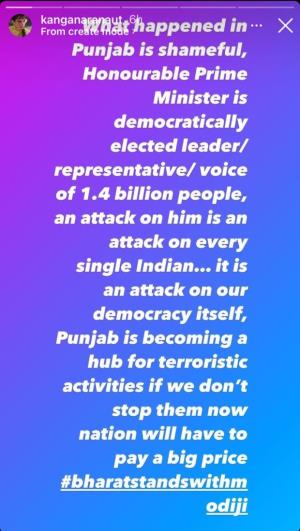 Also read: A.R. Rahman inspires like no other: Shweta Mohan on 'Mozart of Madras' birthday
Prime Minister Narendra Modi's rally in Punjab's Ferozepur was cancelled today "due to some reasons," said Union Minister Mansukh Mandaviya on Wednesday. In what could be termed a "major security lapse," Mr Modi was reportedly stuck on a flyover for around 20 minutes because of protesters.
As per MHA, 'around 30 km away from National Martyrs Memorial in Hussainiwala, when the PM’s convoy reached a flyover, it was found that the road was blocked by some protestors. Prime minister was stuck on a flyover for 15-20 minutes.'