As per Monday morning report, Jalandhar registered 80 positive cases of coronavirus out of which 50 cases were linked to a well-renowned media organization Punjab Kesari. 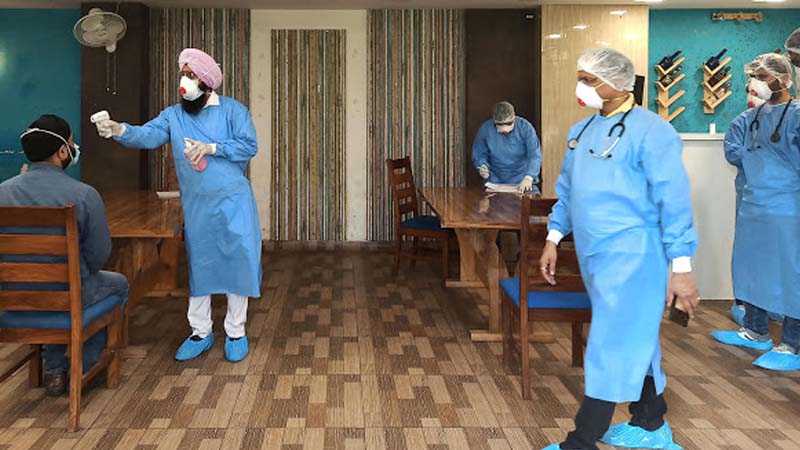 As India is approaching the end of lockdown on May 3, Jalandhar has become a matter of concern for the government of Punjab. As per Monday morning report, Jalandhar registered 80 positive cases out of which 50 cases were linked to a well-renowned media organization Punjab Kesari. This means Punjab Kesari has contributed more than sixty-per cent of the total cases of Jalandhar.

As per health officials, till 25 April, more than two hundred samples had been taken from the organisation employees. As contact tracing is going, more cases with links to Punjab Kesari are expected to be reported, health officials and members of the administration in Jalandhar said.

As per reports, the employees were told to work from home from mid-April. On the direction of the Ministry of Home Affairs, most of the organizations were shut down or employees opted for work from home. However, a few sections of the society were exempted which included media. Though social distancing was the principal norm which the working individuals had to adopt, even the journalist. However, as per an insider, social distancing in Punjab Kesari's office is somewhat difficult.

As per reports, three of the employees who have tested positive with the virus live in rented accommodation around the office. A 70-years-old man was tested positive from the COVID-19 and later it was revealed that he had contracted the virus from his tenant who was an employee of Punjab Kesari.  As per health officials, all the localities where the employees with the novel coronavirus were living have been sealed. The father of a sub-editor at Punjab Kesari and six of his contacts have also tested positive for COVID-19. However, the sub-editors report is still to come.

Six employees of Punjab Kesari went to the Hola Mohalla in Punjab Rupnagar district—an annual six-day Sikh event that is attended by lakhs of members of the community, the Caravan reported. Recently, two employees of Punjab Kesari who were from Himachal Pradesh Chamba district tried to go back home hiding in a milk van. However, they were nabbed and later tested positive.

Also Read: Lockdown to stay in red zones beyond May 3, hints PM Modi on video conferencing with CMs

Meanwhile, Punjab Kesari officials claim that one of the employees came in contact with the first COVID-19 patient of Punjab, Baldev Singh, who belonged to Nawanshahr. However, quoting Shyam Veda, an epidemiologist in Nawanshahr, Caravan revealed that the theory does not seem to be true. Veda said employees of Punjab Kesari could not have been infected from Baldev Singh. She was quoted, "Had he been in the contact list, he would have been quarantined which did not happen."

As per Veda, all the isolated people who were in contact with Baldev Singh have been cured and discharged. As per health officials of Jalandhar no contact of Punjab Kesari's employee had been traced with Baldev Singh.

KBS Sidhu, the special chief secretary of Punjab, shared on his official Facebook account the article of the magazine 'Caravan' which included his byte on Punjab Kesari. 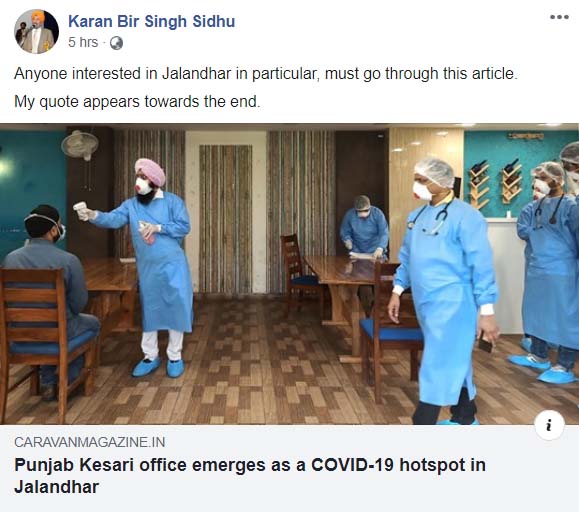 As quoted by the Caravan, KBS Sidhu said, "There is, as yet, no evidence of negligence on part of anyone but should such an indication surface in a future date, the law will take its own course."