The DGP said that the operation is still going on and there is a high possibility of more recovery of arms ammunition. 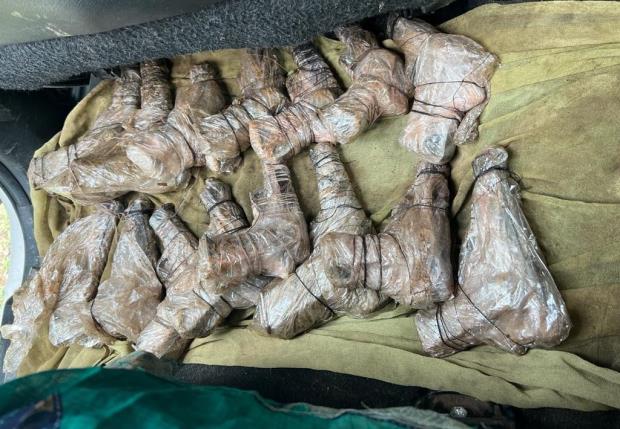 In an intelligence-led operation carried out as part of the decisive war against anti-social elements launched on the directions of Chief Minister Bhagwant Mann, Punjab Police has busted an inter-state illegal weapon smuggling module with the arrest of two Madhya Pradesh (MP) based Arms suppliers involved in large scale of illegal manufacturing and supply of weapons from MP into Punjab as well as other States, said Director General of Police (DGP) Punjab Gaurav Yadav here on Friday.

Those arrested have been identified as Bhorelal alias Manish Bade of village Ratwa in district Khargon of MP and Kailash Mal Singh of village Dutt Pahari in district Burhanpur of MP. The Police have also recovered a huge cache of 55 pistols of .32 bore/.30 bore from their possession. The accused persons were apprehended from Madhya Pradesh by the Counter Intelligence unit of Punjab Police with the help of MP Police.

DGP Gaurav Yadav said that the development came three weeks after the CI Amritsar Unit, in the vigorous follow-up operations, had arrested two persons from Railway Crossing Vallah Mandi in Amritsar after recovering four pistols from their possession. In this connection, FIR No. 24 dated 10.08.2022 had been registered under sections 25/54/59 of the Arms Act and 120-B of the Indian Penal Code (IPC) at Police Station SSOC, Amritsar, he added.

He said that during the investigation of backward and forward linkages, it has come to the fore that the recovered weapons were supplied by an interstate illegal weapons manufacturer and supplier suspected to be based in district Burhanpur in MP. “Following these inputs, a 15-member team of CI Amritsar led by Inspector Inderdeep Singh was despatched to MP on Tuesday and the team managed to trace out and apprehend these two arms suppliers on Thursday,” he said.

The DGP said that the operation is still going on and there is a high possibility of more recovery of arms ammunition.

Meanwhile, after nabbing anti-social elements from within the state, now Punjab Police has adopted a pro-active approach to bust these illicit weapons and drug supply networks from point-of-origin to make the Punjab state free of crime and drugs.