The decision will repeal the existing Punjab Lokpal Act, 1996, and the new legislation will be applicable to the Chief Minister, ministers, non-officials and officials of all the public offices, with the aim of further enhancing governance and checking corruption. 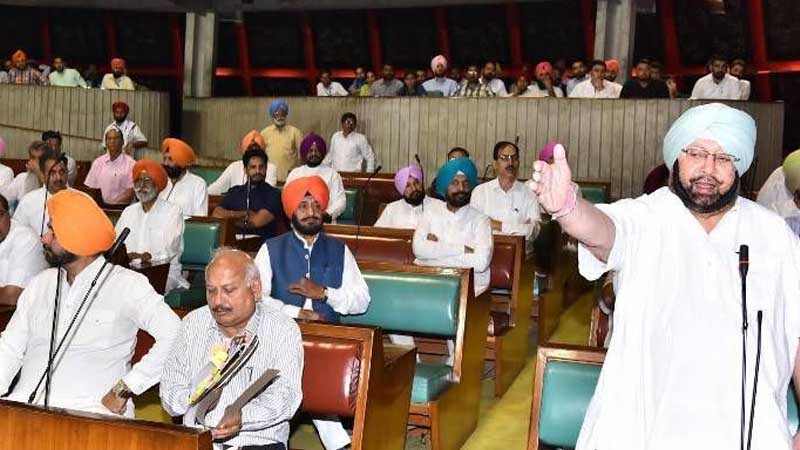 The Punjab Cabinet led by Amarinder Singh on Monday took a major step towards implementing another pre-poll promise with approving the introduction of Punjab Lokayukta Bill, 2020, which will cover all levels of public functionaries, up to the Chief Minister.

The decision will repeal the existing Punjab Lokpal Act, 1996, and the new legislation will be applicable to the Chief Minister, ministers, non-officials and officials of all the public offices, with the aim of further enhancing governance and checking corruption.

The bill will be introduced in the ongoing Budget session.

The sweeping reform measure envisages an autonomous body to inquire into the grievances and allegations against public functionaries in the state and to make provisions for the appointment of Lokayukta and for the matters connected therewith.

The Lokayukta will have all the powers of a civil court under the Code of Civil Procedure of 1908. It will also provide for prosecution in case of false complaint.

Prosecution of the Chief Ministers and legislators can be sanctioned only with two-third majority of the House under the new legislation. Further, all sanctions by the Assembly, whether or not permission to prosecute is granted, will be binding on the Lokpal.

All complaints will be scrutinised by a screening committee of the Lokpal before issuance of the notice, said an official spokesperson, giving details of the key provisions of the Bill.

The screening committee will also take the government's opinion in the matter. The legislation bars a parallel probe into a complaint against any officer or public functionary if an inquiry is being conducted in the matter by the Lokpal.

Similarly, the Lokpal will not have the authority to conduct a parallel inquiry of the matter is already under investigation by the government. The Lokayukta will comprise a chairperson, who is or has been a judge of the high court or the Supreme Court.

Such number of members, not exceeding four, will be appointed by the government provided that at least one of the member of the Lokayukta will be from amongst persons belonging to the Scheduled Castes, or the Backward Classes, or the minorities, or women, all of whom will be qualified personnel with an impeccable reputation.

The chairperson and members will be appointed by the Governor on the basis of majority of the recommendation of a selection committee, consisting of the Chief Minister as chairperson, besides Speaker of the Legislative Assembly, the Leader of the Opposition, the Chief Justice of the Punjab and Haryana High Court and eminent jurist nominated by the state as its members.