The troubles of Punjab's IAS officer Sanjay Popli, who was caught in the corruption case, have increased. Two more contractors from Karnal, Haryana have complained to Punjab CM Bhagwant Mann. Author : Rohit Gupta 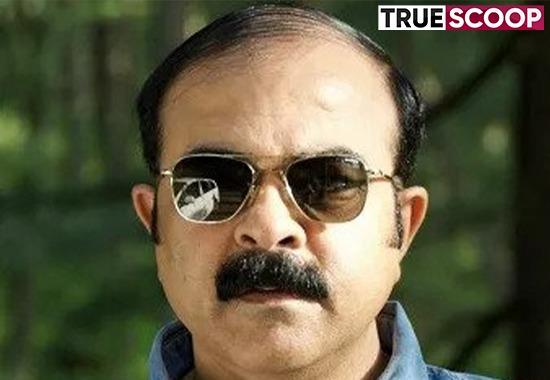 The troubles of Punjab's IAS officer Sanjay Popli, who was caught in the corruption case, have increased. Two more contractors from Karnal, Haryana have complained to Punjab CM Bhagwant Mann. The contractors said that they were asked for a 2% commission instead of payment for laying sewerage lines at Morinda and Talwara.
He was threatened after being called to a hotel in Jalandhar. Popli is currently on 4-day remand with the police. Vigilance team presented in Mohali court after arresting Punjab's IAS officer Popli. The commission is being questioned by taking Popli on remand for 4 days.
Rajesh Construction Company has given a complaint against Popli to Popli's man after taking money from a friend, that 2% bribe was demanded from him in return for payment of 16 crores. The contractor had done the work of laying sewerage lines in Morinda and Talwara. Threatened to stop payment if the commission was not paid. The contractor was called to a hotel in Jalandhar on 12 December 2021.
Here they had a meeting. The contractor alleged that he was also threatened to implicate him in a false case. On December 14, Popli called the contractor to the office. There, 5 lakh rupees were demanded from the contractor. The contractor asked for money from a friend and then the money was given to the person sent by Popli.
Cartridges found at home and Foreign Liquor
Vigilance yesterday recovered 73 cartridges from Popli's house in Sector 11, Chandigarh. These include 41 cartridges of 7.65MM, 2 of .32 bore and 30 of .22 bore. Because of this, a case of the Arms Act has been registered against Popli. Foreign liquor has also been recovered there. However, the case was not registered as they had permits. At the same time, Chandigarh Police was informed about this.
After which a case of Arms Act has also been registered against Popli. People will also be asked where did these cartridges come from? Why were they kept? Who went to give them and any further delivery was to be given.
That's why the arrest of Popli, senior IAS officer Sanjay Popli, who was posted as Pension Director in Punjab, was arrested by Vigilance from Chandigarh. He was accused by Sanjay, the contractor of Karnal, that a 1% commission was demanded from him instead of a project of 7.30 crores. At that time Popli was the CEO of the Punjab Sewerage Board.
He gave Rs 3.50 lakh to Sanjay Vats in Chandigarh. After this again 3.50 lakhs were being demanded from him. By then Popli had been transferred from the sewerage board. He said that when there is not only a people officer, then for what the money is being demanded. A fake case of molestation was also registered in Abohar to intimidate them. In this case, the officer who took money for Popli, Sanjay Vats has also been arrested.