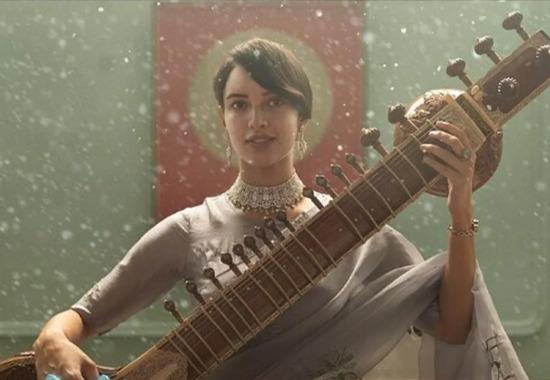 Famous Bollywood director Anvitaa Dutt is all set to release her upcoming directorial ‘Qala’ on OTT. In the last 17 years, she has given some amazing women-centric movies to Bollywood that are now also the face of industry. Her famous movies like Queen starring Kangana Ranaut and Bulbbul starring Tripti Dimri left audiences awestruck. Qala movie will be starring Tripti Dimri, Irfan Khan’s son Babil Khan in lead.

Talking about Qala OTT release, the film will exclusively stream on Netflix on December 1, 2022. Netflix exclusive Qala is about unraveled struggles in the life of a singer working in industry. It is basically about a famous playback singer, haunted by her past who copes with the pressure of success, a mother's disdain and the voices of doubt within her.

As per trailer, the storyline of film is about a playback singer named Qala Manjushree, who is battling with her haunted past and is trying to make her mother proud of her at any cost. While she is at the peak of her career, another musical maestro named Jagan enters which turns her life upside down. The film delves deep into all pressures faced by celebs working in the industry and what fame can do with a person.

Reportedly, the film also marks the debut of Irfan Khan’s son Babil Khan. He revealed that one of her close friends who works as an assistant to Anvita offered him to do the film and before even reading the script, he was up for the film. Speaking about Tripti Dimri, she already made a huge impact with her stellar performance in Bulbbul.

Qala is being produced under the banner of Clean Slate Filmz owned by Anushka Sharma’s brother Karnesh Sharma. Post-Bulbbul, this is for the second time that Netflix is collaborating with Anvitaa Dutt.