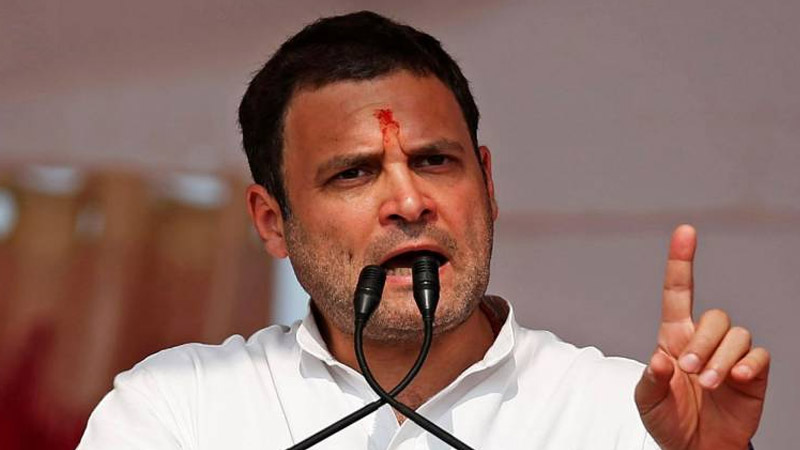 Rahul Gandhi said, "BJP and RSS's ideology is agaisnt reservations. They never want SC/STs to progress. They are breaking the institutional structre. I want to tell SCs, STs, OBCs and Dalits that we will never let reservations--reservations come to an end, no matter how much Modi Ji or Mohan Bhagwat dream of it."

On Monday, the Supreme Court announced its verdict against amendments in SC/ST Act, upholding its constitutional validity of Scheduled Castes and Scheduled Tribes (Prevention of Atrocities) Amendment Act, 2018 which excludes any provision for anticipatory bail for a person accused of atrocities against SC/ST.

The verdict on pleas challenging the Act has been announced by a bench of Justices Arun Mishra, Vineet Saran amd Ravindra Bhat, said a court could grant anticipatory bail only in cases where a prima facie case is not made out.

Justice Arun Mishra, headed the bench and said there is no requirement of any preliminary probe prior lodging FIR under the act and the approval of senior police officials is not needed.

Justice Ravindra Bhat was quoted saying, every citizen needs to treat fellow citizens equally so as to encourage the concept of fraternity.

Court can reject FIR if a prima facie case is not made out under the SC/ST Act and the liberal use of anticipatory bail will defeat the intention of Parliament, said Justice Bhat.

However, amendments in the Act by the Centre had made to overcome the top court's order diluting the provision of arrest under the law. The amendments provide that no preliminary inquiry would be required for registering a criminal case and an arrest under this law would not be subject to any approval.