Former Congress President Rahul Gandhi on Friday slammed PM Narendra Modi over his pre-Budget consultations with industry leaders as "it is reserved for corny capitalist friends" and "the super rich." 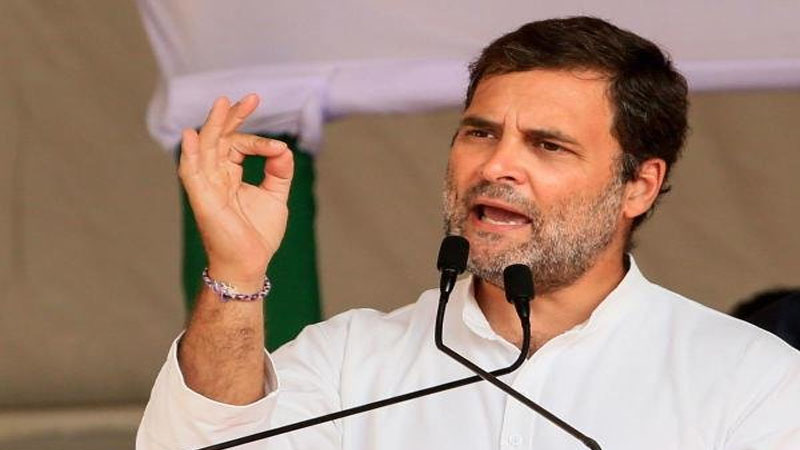 Tweeting the photos of the meeting, said to be the "most extensive" consultation ahead of the Budget ever. Rahul said PM Modi is not interested in listening to the voices of farmers and the youth and called Budget as "SuitBootBudget." The Union Budget is set to be presented on Febuary 1. 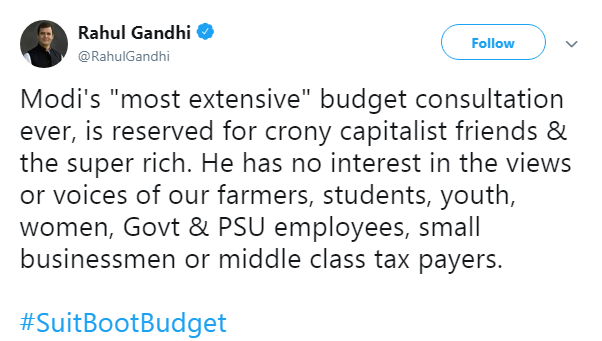 The meeting between PM Modi and industralists took place on Thursday in Delhi. Besides PM Modi, Home Minister Amit Shah was also present in the meet and was seen sitting next to him.

As many as 40 economists, industry leaders including Ratan Tata and Mukesh Ambani, bankers and experts attended the meeting. The main motive of this meeting was to get candid feedback from the industrialists on what has actually contributed to the growth slowdown and were asked about the curative measures to reverse the trend.

They all spoke on achieving the target of nearly doubling the size of Indian economy to $5 trillion by 2024.

However, it is to be taken into consideration that finance minister Nirmala Sitharaman was not a part of both the meetings.

Rahul’s comment comes after the Congress party took to Twitter to mock the meeting. “Here is a suggestion, next budget meeting, consider inviting the Finance Minister,” Congress tweeted from its official twitter handle.

In another tweet, the old prominent party said, "How many men does it take to do a woman's job?"

However, Sitharaman’s office responded to Tharoor quickly, saying she has already held a meeting with the industry leaders last month. "Sir, the minister has already met economists on 20th December 2019, as a part of the pre-budget consultations," tweeted the Finance Minister’s office