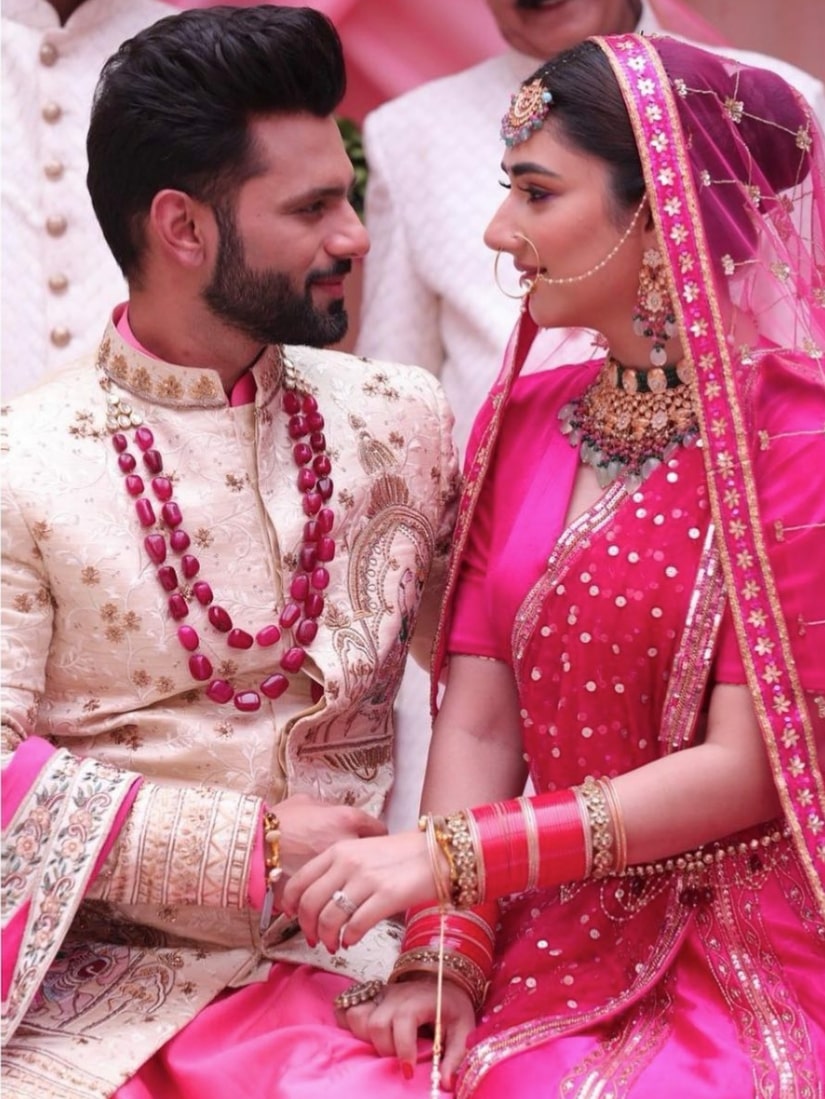 Rahul Vaidya and Disha Parmar's most awaited wedding love song 'Madhanya'  has been released. The song went viral on social media as soon as it is released. Initially, the audio of this song was released and the fans were waiting since then to see the full video. Now, as the video is out fans are drooling over the couple. There has been a lot of buzz on social media about this song already as Rahul and Disha are real-life love birds too. After Bigg Boss, Rahul’s fans always wanted to see them get married and this song seems to woo the fans for now.

'Madhanaya' is sung by Rahul Vaidya himself and Asees Kaur. It was released on YouTube on the morning of 18 April and then it was a matter of few hours the song got millions of views.

From the beginning of the song shoot, one or the other used to get leaked on social media which lead to the rumors that the couple has got married. But now the makers of this song have cleared rumors and presented this song in front of the audience in a beautiful way. Rahul Vaidya and Disha Parmar released the song during a live session with fans on Instagram.

Also read: Here’s how Kangana wished her parents on their wedding anniversary

Fans have already bombarded the internet with praises of Rahul’s voice. Just a few minutes after its release, the song has been seen more than 1 lakh times. This is the second song of Rahul Vaidya with Disha Parmar after 'Yad Teri'. Yad Teri was released in the year 2019. At that time Rahul and Disha were very good friends and today are love birds.