Delhi Police reached Jaipur to arrest the accused son of a Rajasthan minister in the rape case. But Delhi Police could not find Rohit Joshi at his address. 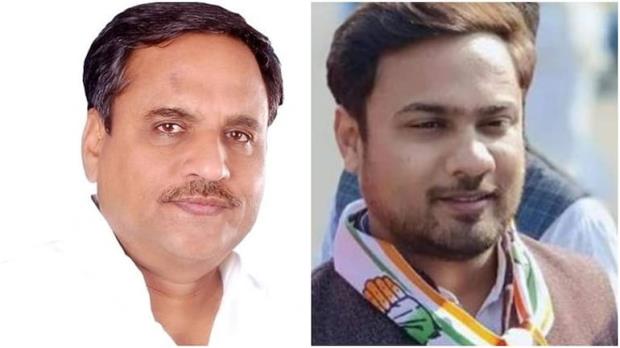 Rajasthan's Minister Son Rape Case: The problems of Rohit Joshi, son of Rajasthan minister Mahesh Joshi, are now visible. Delhi Police reached Jaipur to arrest the accused son of a Rajasthan minister in the rape case. But Delhi Police could not find Rohit Joshi at his address.
After which the Delhi Police team passed a notice at Mahesh Joshi's residence asking Rohit Joshi to be present in Delhi for questioning on the 18th. The team which has reached Jaipur under the leadership of ACP has 15 members. According to information, the team had left for Jaipur this morning itself. Rohit Joshi was not found at the house where the police first reached (it was Demolish).
After this, when the police team reached the father's house with civil lines, Rohit Joshi was not found there too. At the same time, Mahesh Joshi also did not meet at his house. The accused 24-year-old girl had filed a rape case against Rajasthan Minister's son Rohit at Sadar Bazar police station in Delhi.
Now Delhi Police have reached Jaipur for the arrest of Rohit in this case. A 23-year-old girl has accused Rohit Joshi, son of Rajasthan minister Mahesh Joshi, of raping her several times during the last year.
Also Read: Rajasthan reels under heat wave, records above 47 degrees in 13 districts
According to the police, an FIR was registered on May 8 at a police station in the northern district under sections 376, 328, 312, 366, 377 and 506 of the Indian Penal Code.
The victim has explained that she had become a friend of Rohit on Facebook last year and since then the two were in touch. According to the complaint, the two met for the first time in Jaipur and Rohit allegedly called her to Sawai Madhopur on January 8, 2021.
The girl alleges that during the first meeting, Rohit mixed something in her drink and took advantage of it. According to the FIR registered by the victim, she alleges that when she woke up the next morning, the accused threatened her by showing her nude pictures and videos. The 23-year-old also claims that Rohit once met her in Delhi also and forced her to do so.