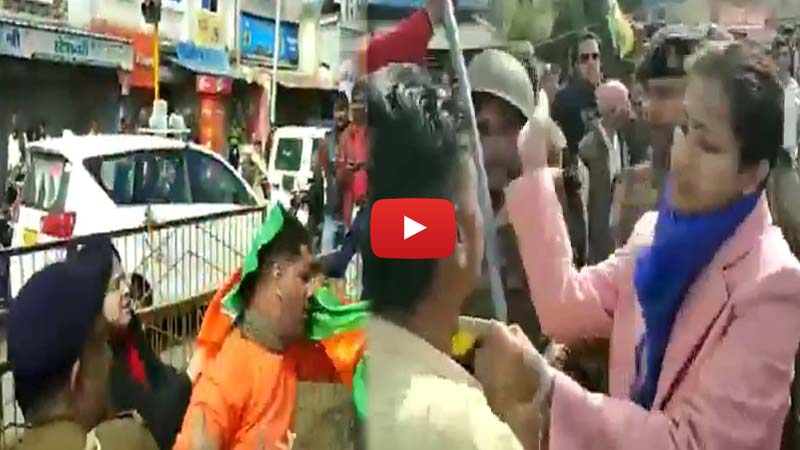 Protesting in favour of CAA,  organised by the BJP at Rajgarh in Madhya Pradesh, turned violent on Sunday when protestors attacked police and officials present following which the administrative officials took on the crowd.

Video clips of the rally, which was reportedly taken out despite prohibitory orders in Rajgarh since Saturday night, have gone viral.

On this incident, Additional Collector Priya Verma said that some men from the crowd misbehaved with her and the collector. "Prohibitory orders under Section 144 of the CrPC are in place in the district. While we were doing our duty, a crowd came from the other side and misbehaved with us," Priya said.

She added that a man pulled her hair from back while another kicked her in the waist. "All that happened after it. Despite our requests to the protesters to sit down, they did not pay any heed," Priya Verma claimed as she denied that the officials resorted to high-handed behaviour, as alleged by the Opposition party.