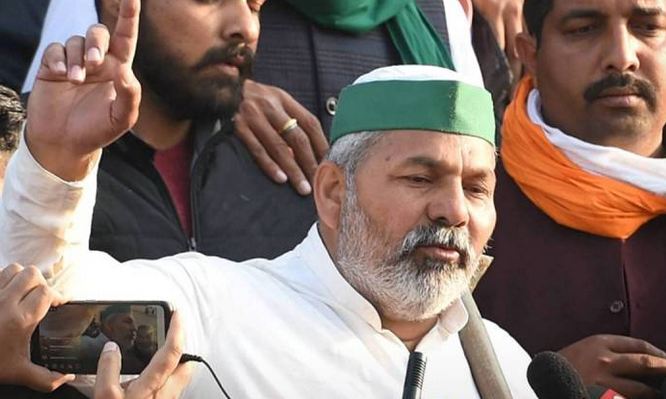 Farmers are protesting against the farm laws and have termed these black laws for more than 70 days now. Many farmers have died. Mahapanchayats are being organized in Haryana, Uttar Pradesh, Rajasthan and Punjab.

The union agriculture minister, Narendra Singh Tomar had earlier said that it is a protest by only one state. The Supreme Court has put the implementation of laws on hold and the government had also offered to put these law in abeyance but the farmers demand repeal of laws.

Rakesh Tikait of BKU said, "There will be 'Ghar Wapsi' only after #FarmLaws are repealed. Our 'manch & panch' will be the same. Singhu border will remain our office. Whether Centre wants to talk today, in 10 days or next yr, we're ready. Won't go without removing metal spikes from Delhi."

Earlier also, he said that the government could make a law on assuring the minimum support price (MSP). Due to the absence of such a law farmers are being “looted” by the traders and that law will ensure that the farmers sell their produce at a good rate. The law on MSP will benefit the farmers Tikait said.

Similarly, Balbir Singh Rajewal of BKU Rajewal in the first Mahapanchayat in Punjab said, "We will win. However, I want to assert to all of you that if we remain peaceful, we will win and if any violence happens, Modi will win. After January 26 episode, aandolan suffered a setback, but it took just two days to people to understand the chronology and again started moving towards Delhi borders, let thsi movement continue. Let us be the strength at all the border be it Singhu, Tikri, Palwal, Shahjahanpur and even Ghazipur. I bow before all of you for being the main force behind this movement."

Get the latest update about BlackLaws, check out more about FarmerProtests News, Farmers, Rakesh Tikait & MSP