As per reports, around 20 people were present at the ceremony in Ayodhya on Wednesday, seemingly ignoring the nationwide lockdown announced by Prime Minister Narendra Modi 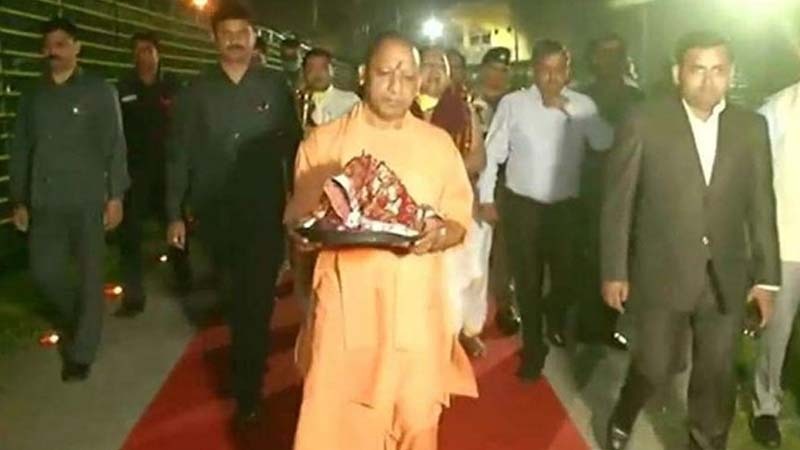 Amidst the coronavirus scare, Uttar Pradesh Chief Minister Yogi Adityanath on Wednesday morning took part in a ceremony to move the idol of Lord Ram to a new structure in Ayodhya. The new structure, in the form of a temple made from fiber, will be the home of the Ram Lalla (Idol) till the construction of the grand temple is completed. The movement of the idol has been construed as the first phase of the construction of the Ram temple in Ayodhya.

UP CM Yogi Adityanath tweeted early on Wednesday "The first phase of construction of the grand Ram temple was completed today... Moved the idol of 'Ramalala' in a temporary structure near Manas Bhawan." Yogi Adityanath also informed he had presented a cheque of Rs 11 lakh for construction of the Ram temple. An image of a State Bank of India cheque for Rs 11 lakh for the Ram Janambhoomi Teerth Kshetra Trust has appeared on social media.

Get the latest update about English News, check out more about Ram Idol, Ram Lalla, First Step of Contruction of Ram Temple & Ayodhya