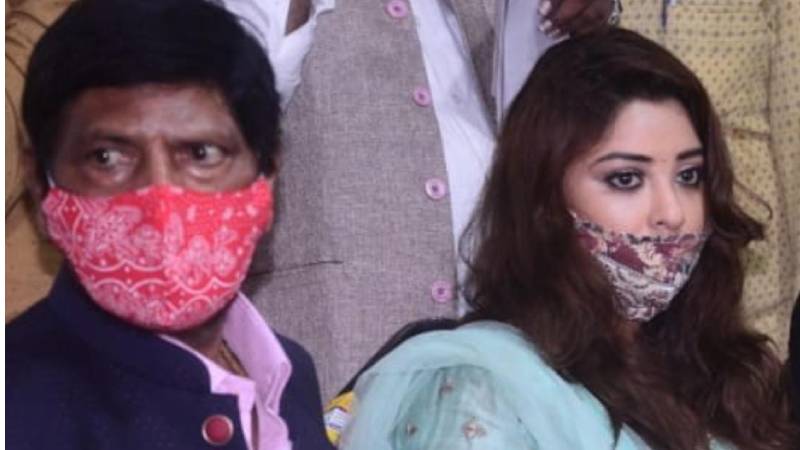 Union Minister and Republican Party of India (A) chief Ramdas Athawale has tested positive for Coronavirus. Athawale tested positive a day after inducting Bollywood actress Payal Ghosh into the party. Bollywood actress Payal Ghosh on Monday joined Union Minister Ramdas Athawale-led Republican Party of India (A). Payal was named as the vice president of the women's wing of RPI (A).

Ramdas Athwale complained of cough and body pain following which, he got himself tested for the infection. Ramdas Athawale's test reports for coronavirus came as positive on Tuesday.

Also Read: Man stabs television actress Malvi Malhotra after she turns down his proposal for marriage

Payal was in the limelight after she accused film-maker Anurag Kashyap of sexual harassment under the #MeToo campaign. The actress also alleged that the Mumbai Police did not take strict action against Kashyap and after that Union Minister Ramdas Athawale supported her.