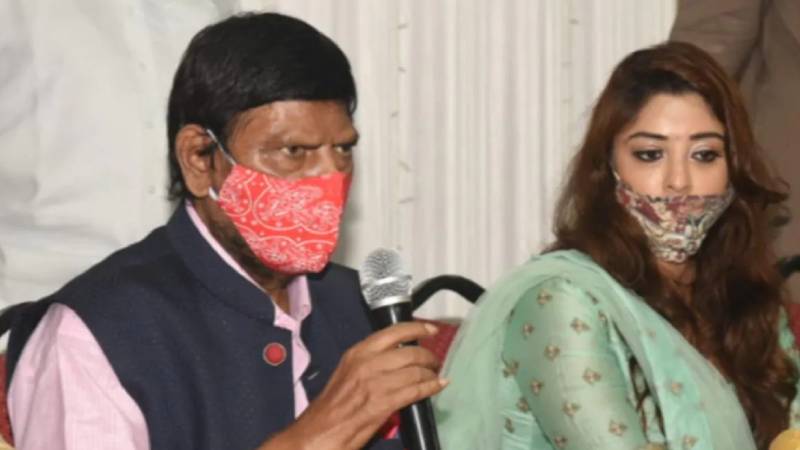 Union Minister Ramdas Athawale has slammed the Mumbai Police for not taking action against ace film-maker Anurag Kashyap after actress Payal Ghosh registered an FIR of rape against him. Athawale on Monday called a joint press conference wit Payal Ghosh and said that ever since the actress has complained against Anurag other actresses have come in support of Kashyap.

Athawale said that I would like to tell them that Anurag might have behaved nicely with you all that doesn't mean he was the same with Payal Ghosh. Like Payal has said that was mistreated by Anurag Kashyap on the grounds of giving work in his movies, he raped the actress. Athawale also said that the actress should get security from the central government as there is a threat to her life. Union Minister also said that he will write to the Home Minister of India Amit Shah to provide her security.

My party will also support Payal Ghosh in her struggle for justice. And we give the Mumbai Police seven days ultimatum that they wither take strict action against Anurag Kashyap or else the Republican Party of India will hold a protest in every district of Maharashtra.

On the other hand, Payal Ghosh and her lawyer Nitin Satpute on Sunday reached the police station demanding a quick probe, six days after she filed an FIR against Kashyap accusing him of raping her at a place on Yari Road in Versova in 2013. Ghosh said she met senior officials at the police station and threatened to go on a hunger strike "if justice is not delivered to me quickly".

The actress after the press conference revealed that she will be meeting the Governor of Maharashtra. Payal wrote, "I will be meeting the @maha_governor Shri @BSKoshyari tomorrow to discuss the situation and the next steps. Thank you all for the support. Jai Hind."