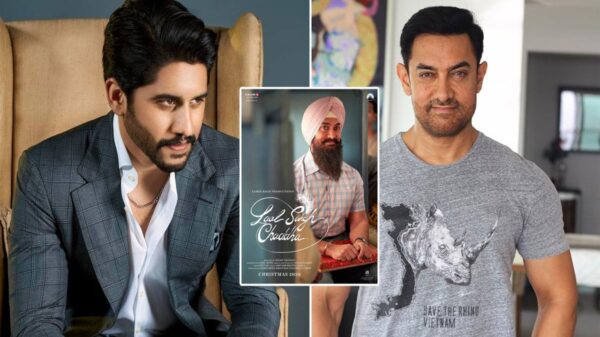 On July 9, Naga Chaitanya shared the news that he is a part of the upcoming film Laal Singh Chaddha, he took his Instagram handle to post a picture with Aamir Khan, Kiran Rao, and director Advait Chandan and wrote, “Grateful with hashtag #Bala #LaalSinghChadda.” He would be featured in the movie as Bala (an army officer).

Rana Daggubati congratulated his cousin, today. He took an Instagram story to congratulate his brother. He shared the same picture and wrote, “My bawa bolly! So cool congratulations bro!”

Samantha and Naga shared the screen during the 2009 film ‘Ye Maaya Chesave’ and soon after they started dating each other and tied a knot in October 2017 in Goa. Later they have adopted a puppy, whose name is Hash.

Laal Singh Chaddha is directed by Advait Chandan, the film features Aamir Khan, Kareena Kapoor Khan, Naga Chaitanya and Mona Singh. The film would be produced by Aamir Khan Productions, Viacom 18 Studios and Paramount Pictures. The movie is the Hindi remake of a Hollywood film, which is based on Winston Groom’s novel.

The expected release date of the film is near Christmas 2021. The film’s shoot was postponed due to the Covid-19 pandemic.