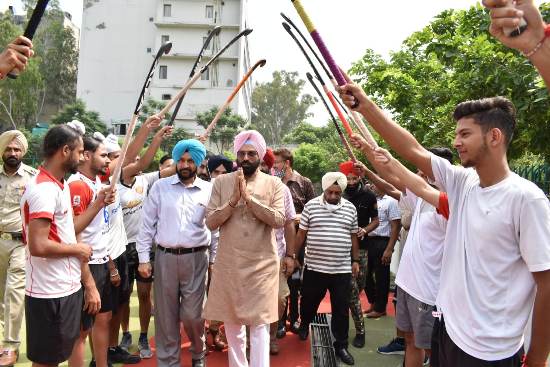 The Minister later reached the sports college, known as a nursery of international sportspersons and laid the foundation stone of re-laying synthetic athletic track which would be developed of Rs 6.50 crore and up-gradation of the 50-meter swimming pool with Rs 25 lakh.

He said that this would be the first smart synthetic athletic track in Punjab which is being imported from Europe having affiliation of the World Athletic Federation. He said that that LED floodlights would also be installed here beside a football ground would also be constructed. The existing swimming pool would be converted with ultra-modern facility for the players. Later, the Minister also dedicated six-a-side hockey AstroTurf at local Lyallpur Khalsa College. 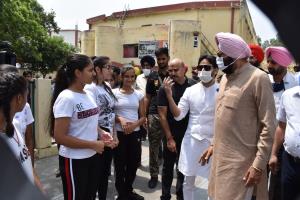 He stated that under the leadership of Chief Minister Captain Amarinder Singh, Jalandhar would soon emerge as an excellence of sports in the country adding the state government has already initiated special project to uplift infrastructure at sports college besides launching new innovative courses here.

He added that the state government under the visionary and dynamic leadership of Chief Minister Captain Amarinder Singh has been marching ahead in the field of sports.  He asserted that in the last four and half years, it has undertaken specialized efforts to uplift the level of sports in the state for which Punjab has come out with a new sports policy. 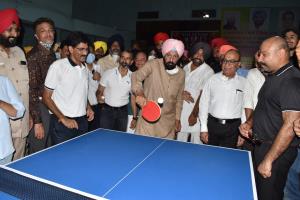 The Minister said that New Sports Policy focuses on securing a livelihood for the players, who bring laurels for the state and country in the field of sports, besides ensuring their holistic development.

He said that under the new policy, the amount of cash award for the medal winners was increased and on August 12, the government has distributed cash awards worth Rs 28.30 crore among 20 Tokyo Olympians from Punjab.

For the promotion of sports at the grassroots, he announced to develop swimming pool and standard athletic tracks in each district and sub-divisional level besides added the department has also initiated an international standard shooting range of 10-meter at SAS Nagar.

Also Read: Paralympic TT: ‘Nothing is impossible if you try hard’, says Bhavina after beating China in semifinals

Meanwhile, the minister also had an interaction with the players of Indian Hockey team who recently brought laurels to country with their breathtaking performance at Tokyo Olympics. He stated that their victory would keep motivating budding players by instilling a sense of love for sports among them.