Randhawa gets furious over notice, Transport Minister Bhullar questions, "Why car was not returned yet?"

Randhawa was the Deputy CM in the previous government. That's why he got the government car. 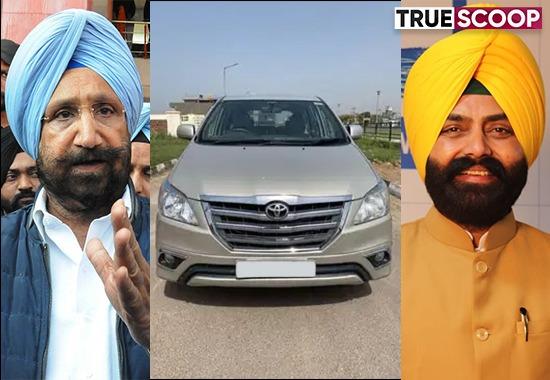 The Punjab Government issued a notice to ex-ministers for returning Innova cars to them. A notice was issued to Former Deputy CM Sukhjinder Singh Randhawa for the same. After getting the notice he got furious.
"Why was the notice sent to me? I am not the owner of this car, They should have sent a notice to the driver, not to me," said Randhawa.
In response to this, Transport Minister Laljit Singh Bhullar has come forward. He said, "it has been one and a half months since the new government was formed. It is known that the minister gets the car, why has Randhawa not returned it yet?"
Also read: Orders issued to Badal, Majithia to vacate govt flats; Randhawa to return vehicle
Let us inform you that Randhawa was the Deputy CM in the previous government. That's why he got the government car.  It was said in the notice that this car belonged to the minister car branch. If he is an MLA now, he will be allotted another vehicle accordingly.
Apart from this, another notice was issued to Parkash Singh Badal and Majithia on Wednesday to vacant the government flats.