Ranveer Singh 'constantly' focuses to keep Baby names 'THIS' with wifey Deepika; 'I already have a list'

Deepika Padukone - Ranveer Singh Kids Name become parents to a girl child. So what will he name his daughter? 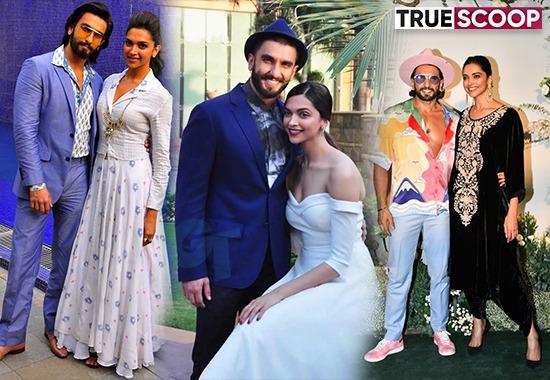 Ranveer Singh Planning Kids Name: These days Ranveer Singh is making a lot of headlines for his film 'Jayeshbhai Jordaar'. Meanwhile, during the promotion of his film, the actor revealed that he has even discussed the names of his children with his wife Deepika Padukone.
Ranveer Singh is promoting his upcoming film 'Jayeshbhai Jordaar' these days and his one-of-a-kind looks are creating panic on the internet every day. Not only for his fashion sense and acting but Ranveer is also known for his sense of humour and witty comments.
Recently, the actor revealed that he has already prepared a long list of names for his child, but does not want to reveal it yet.
Ranveer Singh and Deepika Padukone's baby names
Since his upcoming film deals with the issue of female feticide and gender discrimination, the '83' star was asked if he and his wife Deepika Padukone - Ranveer Singh Kids Name become parents to a girl child. So what will he name his daughter?
Ranveer immediately said that he is obsessed with baby names and the couple is discussing names. The actor also revealed that he is a bit secretive about names as he doesn't want people to steal them.
Does Ranveer want a boy or a girl?
A few days back, the 'Dil Dhadakne Do' actor won hearts when he answered a question about whether he wanted a boy or a girl. Ranveer replied that it is not his choice and boy or girl will be a true blessing for Deepika and him. Recently there were rumours about Deepika Padukone's pregnancy, but the couple has not made any announcement yet.
Also Read: Celebs shower love on Priyanka Chopra, Nick Jonas' daughter's FIRST photo, 'Our Little Girl at Home'
Ranveer Singh's upcoming movie
In Ranveer's upcoming film 'Jayeshbhai Jordaar Release Date', he is playing a role who believes in equal rights between men and women in society. Directed by Divyang Thakkar and slated to release on May 13, the film also stars Shalini Pandey, Ratna Pathak Shah and Boman Irani in pivotal roles. After this, he has films like 'Circus' and 'Rocky Aur Rani Ki Prem Kahani' directed by Karan Johar.