RBI increases repo rate by 0.5%: EMI on loans to get costlier, how it will impact you; Read here 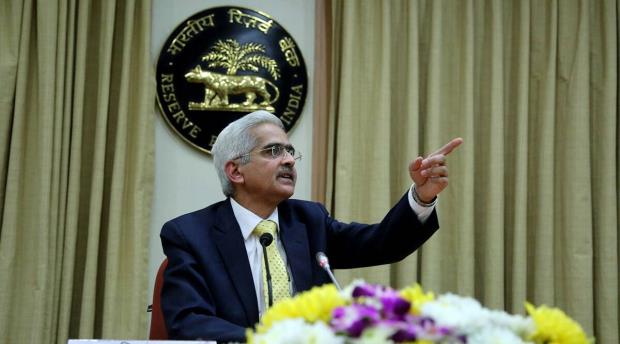 Concerned with the rising inflation the Reserve Bank of India has increased its repo rate by 0.5% to settle now at 5.4%. This straightaway implies that from home loans to auto loans, personal loans, and all other monetary support from financial institutions are set to get costlier.
In the meeting of RBI’s monetary policy governor, Shaktikanta Das informed about the development and marked some other changes.
Major observations and announcements on the economy from RBI Governor at the monetary policy meeting:
• .5% hike in the repo rate.
• For financial year 23, the GDP growth is estimation remains the same at 7.2%.
• Dip in oil prices with the rise in supply
• Inflation rate expected at 6.7% in FY23
• The current account deficit is adjusted
• Inflation impacts the country’s economy.
• Inflation is a huge concern globally.
• MSF up to 5.65% from 5.15%
• To roll back the accommodative stance in the MPC meeting.
• Inflation is controlled in terms of April.
• Relief in Urban inflation
• Annual 14% growth in bank credit.
• Demand in the rural area to improve owing to the better monsoon season.
Repo rate and EMI:
With the rise in repo rate banks increase their interest rate on the loans they lend. That automatically hits the customer in the form of coughing up high EMI. For home loans taken in floater mode, the impact on your existing loan’s EMI remains unaffected whether RBI increases or decreases the repo rate.
You need to pay the EMI as calculated at the time of borrowing the loan from the concerned bank. As soon as the RBI announces the hike or dip in repo rate the banks all over the country increase the rate of interest on the loan.
Whereas in the case of home loan borrowed through flexible mode the effect of change in repo rate will be incurred by the borrower, with rising or decreasing repo rate the EMI is also adjusted accordingly. The repo rate changed for the third time this year. At the first meet of the RBI this year the repo rate was pegged at 4%. Which increased to 4.4% in its second meet on May 2nd and 3rd and is currently settled at 5.4%
In the next segment, why does RBI increase or decrease the repo rate?
To counter inflation RBI brings in repo rate into its use. At the point when inflation is rising out of control, the RBI increases the repo rate to ensure money flow remains low in the market. Which happens when the banks charge you a high rate of interest on the loans you borrow.
In reverse to this when the economy is struggling to perform well the repo rate is decreased by the RBI to invite people to take loans for their personal and business growth automatically ensuring money flow in the market.
During the peak of COVID, RBI had taken such measures to infuse demand in the economy and the repo rate was at the lowest level in the recent past then. During the policy meeting in June, the RBI governor said informed us that the price rise is way ahead of the tolerance level. However, one of his recently issued statements directed a dip in inflation in the last two quarters of the ongoing financial year.
Also Read; Hitler too had won elections: Rahul
Insights into where Inflation in numbers stands?
Retail inflation in India at 7.01%
Based on the official figures released last month, the retail inflation in June reached 7.01%, which was 6.26% a year back during the same period. This was in the straight sixth month when the inflation rate was above the tolerance band of 2%-6% set by the RBI.
Food inflation rate at 7.75%:
The food inflation rate in the month of June remained at 7.75%, which was 8.38% in the month of April. The prices of vegetables were at the whopping number of 17.37% in June which saw a minimal dip from May 18.26%.
How does inflation effects?
Inflation is directly related to purchasing power. The percentage reflects how much decline your income will witness all in total. Experts in several aspects have always shown why is it necessary to invest to counter inflation.
The world’s biggest economy the USA is grieving from the current economic crisis in the present state. In the month of June, the inflation rate was at 9.1%. After the figure came into the public domain several market analysts and economists suspected a possible recession.
The chairman of the Federal Reserve Bank Jerome Powell however denied any possible economic tensions. US Federal Reserve has explicitly made it clear to bring about change in rates at which loans will be lent to bring the rising prices under control. The central bank aims to bring the inflation rate to 2%.