The answer to this question is a big Yes. Firebird is based on the Russian writer Sergey Fetisov’s memoir 'A Tale about Roman'. 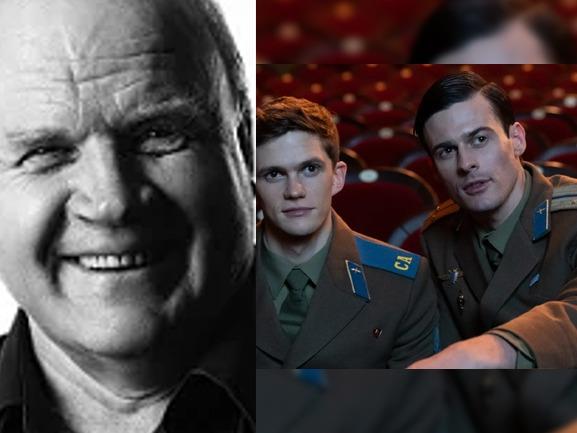 The widely acclaimed movie Firebird is all set to be released on Amazon Prime Video on September 16 for its international viewers. Co-written and Co-produced by Peeter Rebane, Firebird has already garnered much appreciation from critics and fans around the world whosoever has watched it. Notably, Firebird has already been released in theaters in multiple countries and now it has been hitting Amazon Prime Video on September 16. Firebird's star cast includes Tom Prior, Oleg Zagorodnii, and Diana Pozharskaya in the pivotal role. Interestingly, Firebird has won many accolades around the world including its selection in BFI Flare London LGBTIQ+ London Film Festival, The New York LGBTQ+ Film Festival, Outfest Los Angeles, and San Fransisco LGBTQ+ Film Festival. Firebird's terrific story and screenplay kept the audience on their chair and its content raised many eyebrows as it highlighted Community Soviet's tyranny on LGBTQ+ community. As the concept of Firebird being strong, it is obvious that fans will wonder and ask questions like Is Firebird a true story or Is Firebird a real story or not?

The answer to this question is a big Yes. Firebird is based on the Russian writer Sergey Fetisov’s memoir 'A Tale about Roman'. Firebird is a real story of forbidden love, set in the Soviet Air Force at the height of the Cold War during the Soviet occupation of Estonia in the 1970s. Going by the film's trailer and plot, Firebird shows how the communist Soviets used to prosecute the LGBTQ+ community. LGBTQ+ community were used to face jail time for homosexuality during the communist regime in USSR.

Real vs Reel: Is The Woman King a true story based on Agojie of the 18th Century Kingdom of Dahomey?

The writer Sergey Fetisov was born on August 12, 1952 in Oryol, Soviet Russia. Sergey served his two-year mandatory conscription (which every Soviet man had to undergo) in the 1970s at the Soviet Air Force Base in occupied Estonia. As per his memoir, he fell in love with a young maverick fighter pilot named Roman. However, when Roman denied any relationship with Sergey due to the strict laws against LGBTQ+, he headed back to Moscow and graduated as an actor at GITIS institute, but turned down numerous offers from major theaters and took a job as a night mail man instead, after learning about his mother’s terminal illness. Sergey nursed his mother to death for 5 years, and for a while did not return to the stage, until a director rediscovered him on a city street.

It is pertinent to mention here that Firebird will be available on Amazon Prime Video from September 16, however, it has not been revealed whether it will be available for Indian audience. Yet it is confirmed that Americans can watch without any hindrance on the said OTT platform.