Real vs Reel: Is Sita Ramam a true story based on Princess Niloufer, wife of Hyderabad's last Nizam?

The answer is yes. Sita Ramam is a true story, however, whether Mrunal Thakur's character of Princess Noor Jahan is inspired by Princess Nilufer Hanımsultan is not known. 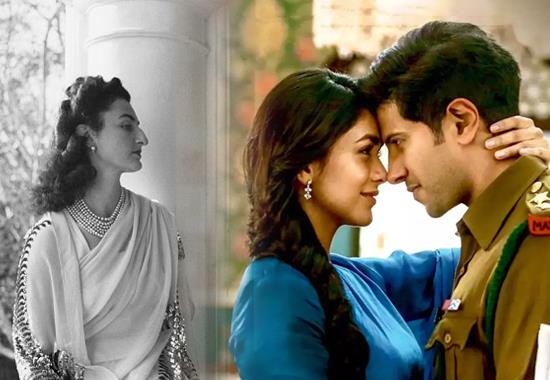 The Telugu blockbuster movie Sita Ramam's Hindi version was released on Disney Plus Hotstar on November 18, 2022. Like its box office success, Sita Ramam has been winning the hearts of fans, courtesy of its storyline and the acting of its star cast. Courtesy of Dulquer Salmaan, and Mrunal Thakur's chemistry, the romantic drama has successfully touched the strings of hearts of fans around the world. Touted to be a period romantic drama film, Sita Ramam is helmed by Hanu Raghavapadi. For the unversed, Sita Ramam was released in theaters on August 5, and following that it was released on Amazon Prime Video on September 9, 2022 in multiple languages except for Hindi. Actress Rashmika Mandanna also plays a key role in the movie and has delivered a strong performance. While Dulquer Salmaan portrayed the character of Lieutenant Ram, Mrunal Thakur portrayed the character of Sita Mahalakshmi whose actually name in the movie is 'Princess Noor Jahan'. Now the question arises whether Sita Ramam is a true story or Sita Ramam is a real story or not.

The answer is yes. Sita Ramam is a true story, however, whether Mrunal Thakur's character of Princess Noor Jahan is inspired by Princess Nilufer Hanımsultan is not known. Coming to Sita Ramam true story, the movie is reportedly a real story Lieutenant Ram is an orphan Indian army officer serving at the Kashmir border. He gets the unknown love letters from Sita Mahalakshmi (Mrunal Thakur). Ram is on a quest mission to identify Sita and propose his love. Though it is a true story, it is shown by fictional characters. However, this fictional drama contains excellent ideas in it.

Furthermore, it is reported that in 2007 Director Hanu Raghavpudi caught the story when he read a book. The book contained an unopened letter. A mother wrote that letter to her son. Hanu knew their family was from Vijayawada and their son lived in a hostel. In that letter, his mother asked about his well-being and returned home. So he thought if the body of the letter had a few required courses of events. Once, the writer got an idea, the Army backdrop was added to the story. Rajkumar Kandamudi gave this idea.

Now, the question arises how the name of Princess Nilofer popped in Sita Ramam's movie? The answer is the description of Mrunal Thakur's character Princess Noor Jahan. For the unversed, Princess Niloufer Khanum Sultan Farhat Begum Sahiba was born as Nilüfer Hanımsultan, Ottoman Turkish. She was known as the Kohinoor of Hyderabad and was an Ottoman princess. She was the first wife of Moazzam Jah, the second son of Mir Osman Ali Khan, the last Nizam of Hyderabad in India.

Multiple fans think that Noor Jahan might be inspired by Princess Nilofer. One of the users on Reddit wrote, "The movie reminded me of the last Nizam of Hyderabad who had banned cow slaughter in 1920."