Entire recruitment process to be completed in a transparent, fair and impartial manner: Bhagwant Mann 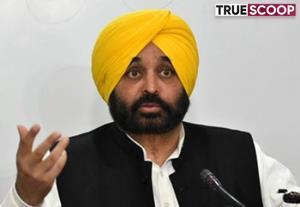 Announcing a massive recruitment drive on completion of 50 days of AAP government in office, Punjab Chief Minister Bhagwant Mann on Thursday reiterated his government’s commitment to give jobs to the eligible candidates on the basis of their educational qualifications strictly according to the merit.
Affirming the entire recruitment process to be accomplished in absolutely transparent and fair manner, the Chief Minister categorically said that any sort of unfair practices in terms of recommendations or bribery would absolutely find no place in the ongoing massive recruitment drive.
In a video message, the Chief Minister further averred that the recruitment for 26,454 vacancies in 25 different departments would be accomplished in a corruption free and impartial manner. Bhagwant Mann said that the state government had already issued a detailed advertisement in the newspapers, mentioning number of vacancies, recruiting agency (PPSC/SSSB/third party/Department) and links of departmental websites for recruitment details to facilitate the candidates, who wish to apply according to their educational qualifications.
Promising enormous job opportunities for the youth, Bhagwant Mann said that the state government would soon come up with far more government and private jobs so as to provide livelihood to enable them to lead a life with dignity. He also referred to several pro-people initiatives likely to be taken by his government which would be announced in the Annual General Budget 2022-23 during the budget session in the Vidhan Sabha.