The GVCs have certainly moved the countries closer to the sustainable development goals (SDGs). 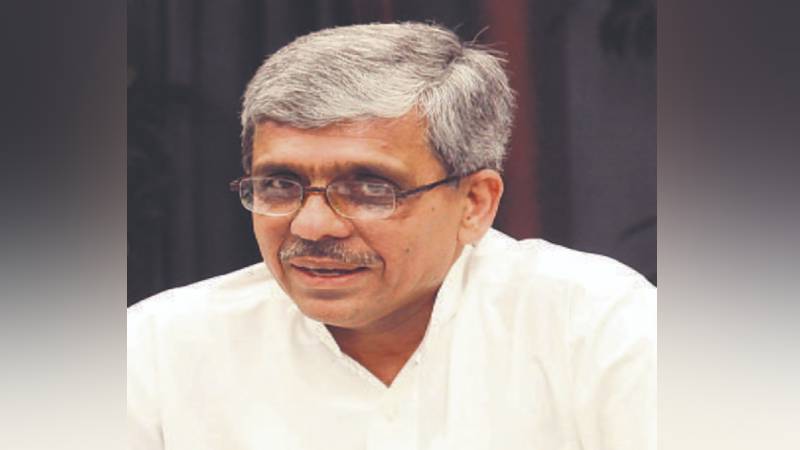 Global value chains (GVCs) are a powerful driver of growth. Through the dispersal of production processes across the nations, building on the strength of the participating countries qua factor endowments, institutional framework, market size and geography, the GVCs help to realise the maximum quality production at the lowest possible costs.

There are vast disparities in the availability of resources — men, material and machines across the countries. Those like India and China, rich in natural resource endowments, remained poor for long due to lack of capital resources, technology, quality institutions and appropriate policy framework. On the contrary, countries in Europe and North America that had better access to capital resources and technology, better public policies, quality institutional framework, and enjoyed better communication infrastructure, have fewer workers.

For availing of the benefit of low-factor cost — land and labour in less developed countries and the resultant low production cost — GVCs were innovated by breaking the production processes, allowing hyper-specialisation, economies of scale, intensive use of technology, and greater division of labour leading to a rise in internal and external efficiencies. The GVCs grew faster during the 1990s and till about 2007, dampened 2008 onwards, with further accentuation of the financial crisis across the globe due to the Covid-19 pandemic.

The benefits of GVCs can be summed up in the form of a rise in economic growth, including an increase in GDPs; a rise in productivity and employment; poverty alleviation; and a rise in FDI in developing countries. Amongst the countries that have achieved substantial economic growth owing to their greater participation in GVCs — Bangladesh, Ethiopia, Mexico and Vietnam are discussed more often. India and China also achieved substantial growth by capturing GVC space in world trade.

In Bangladesh, as per the World Bank National Accounts Data, the rate of economic growth has risen from a meagre 2.416 per cent in 1988 to 8.153 per cent in 2019. The export of garments made of imported textiles has risen by an average of 18 per cent per annum since 1988. The country has captured 7 per cent of the world’s exports in garments and footwear, third only to China and Vietnam, and these contribute 14 per cent of its GDP with employment to 3.6 million workers with nearly 55 per cent of them being women.

In Ethiopia, GVC firms have shown higher productivity. The firms that were involved in both export and import of goods were assessed to be 76 per cent more productive than the non-trading firms. The firms that did exports only were 42 per cent less productive, and the import-only firms were 20 per cent less productive. In Vietnam, this relationship was found to be true across firms in all sectors. China's ‘Button Town’ is another fascinating example of high productivity where nearly 60 per cent of the world’s total buttons are produced at the lowest costs.

Poverty reduction has also been a more discernible achievement in GVC trade-driven economies. In Mexico, areas with a larger share of employees in internationalised firms had a greater reduction in poverty between 1993 and 2013. Similar was the experience in Vietnam from 2004 to 2014. In Kenya, horticulture farmers could get better remuneration after the introduction of contract farming as global buyers entered the market. As per the Bangladesh Bureau of Statistics, abject poverty declined in that country from 25.1 per cent in 2005 to 12.9 per cent in 2016. The marginalisation index also declined in these economies.

The slower growth of trade in India is attributed to the restrictive trade practices emanating from the system of controls, regulations and permits prevailing in the country before 1992. Between 1992 and 2008, the country witnessed substantial structural and policy reforms. Apart from liberalising the fiscal and economic regulations, the tax systems were made more progressive, rationalising the personal and corporate income taxes. The taxes on production and trade— both internal and external — were also simplified and made conducive to FDI and GVC-driven growth. Even the regulatory systems, as enunciated after 1992, are more conducive to trade and extensive use of IT.

The GVCs have certainly moved the countries closer to the sustainable development goals (SDGs). However, there are challenges and the success is not unqualified. Political instability, uncertain public policies, uncodified fiscal and labour regulations, incomparable bargaining strength of firms in developing countries in forging sustainable networks and firm-to-firm relationships; the rise in spatial disparities with a larger concentration of GVC trade in urban and border regions; and gender imbalance in property or business ownership and management are some of the key concerns. Inequity in international tax systems also impinges upon the desired continued success of the GVC-driven trade.

For revival, the process of globalisation will have to be revisited, new policies and tax codes formulated, research and innovations will require greater efforts, and international financial institutions and trade regulations will need restructuring with the revival of hitherto paralysed world trade negotiations to make the dream of Made in World a reality.

Disclaimer: The author is Suresh Kumar, Chief Principal Secretary to Chief Minister of Punjab, Government of Punjab. Views are personal.