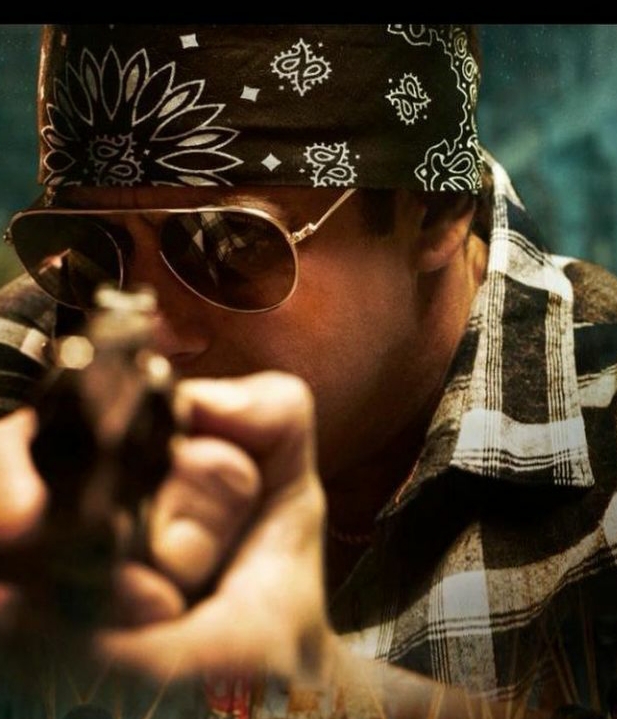 Salman Khan throws morning delight for his lovely diehard fans on Thursday. The trailer for the most awaited film of bhaijaan ‘Radhe: Your Most Wanted Bhai’ is finally out for the netizens to relish. The trailer was scheduled to launch today at 11 am. Following the trailer launch, the Dabangg star dropped a brand new poster on his social media and left his fans overloaded for now.

Earlier it was announced that the movie will be jointly releasing in cinema halls and OTT platforms in view of the increasing covid 19 cases in India.

Today on the occasion of Earth day Salman took to her Instagram handle and shared the new poster from the movie featuring him as ‘Radhe’. In the poster, there are two different avatars of the actor. In one of the avatars, the actor was seen pointing a gun towards someone while in the other he could be seen standing in casuals with his gang. The trailer and poster have left the fans very excited about the release and all their expectations are on the next level. The film is scheduled to be released on May 13, 2021.

While announcing the exact time of the trailer launch the actor took to his social media and wrote, “aa raha hoon, your most wanted bhai #radhetrailer ke sath at 11 am today..AM ka matlab hai ‘Ante Maridiem’ yani gyarah baje subah! Link in bio”. 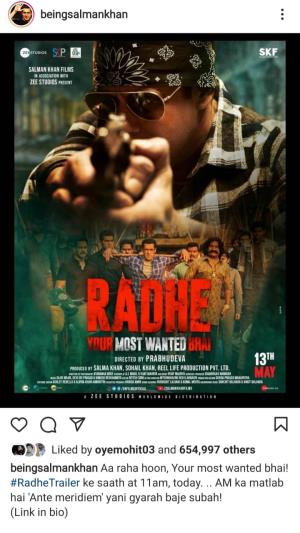 The movie also stars Disha Patani alongside Salman Khan and Randeep Hooda. Reportedly, Jackie Shroff will be seen as Disha’s brother in the film.