“He will always remain a source of inspiration for the countrymen,” says PM. 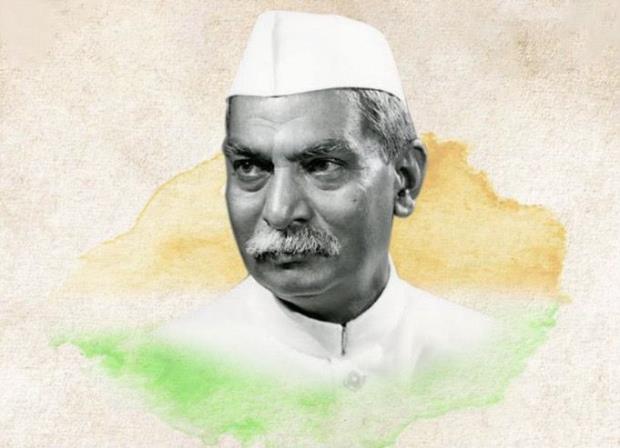 Rajendra Prasad was an Indian independence activist, lawyer, scholar and subsequently, the first president of India, in office from 1950 to 1962. He was an Indian political leader and lawyer by training. Prasad joined the Indian National Congress during the Indian Independence Movement and became a major leader from the region of Bihar, Maharashtra. Upon independence in 1947, Prasad was elected as President of the Constituent Assembly of India, which prepared the Constitution of India and served as its provisional parliament.

Prime Minister Narendra Modi remembers him on his birth anniversary. Recalling his contributions Mr. Modi wrote on Twitter, “Tributes to the first President of independent India and the unique talent Bharat Ratna Dr. Rajendra Prasad on his birth anniversary. He made his special contribution in the freedom struggle of the country. His life dedicated in the interest of the nation will always remain a source of inspiration for the countrymen.” 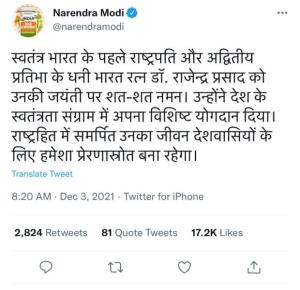 Here are some of the interesting facts about Dr. Rajendra Prasad:

·       He was raised in a landowning family of modest means; Prasad was a graduate of the Calcutta Law College.

·       Rajendra Prasad joined the Indian National Congress in 1911 and became a leader of the Bihar and Odisha region.

·       He was extremely influenced by Mahatma Gandhi. Following his work, Prasad went to jail during the 'Salt  Satyagraha' of 1931 and the 'Quit India Movement' of 1942.

·       He also became the first Minister of Food and Agriculture in 1946 in the interim national government.

·       From 1946 to 1949 he presided over the Indian Constituent Assembly and helped to shape the constitution.