Sidharth Malhotra and Kiara Advani remembered him on his birth anniversary. 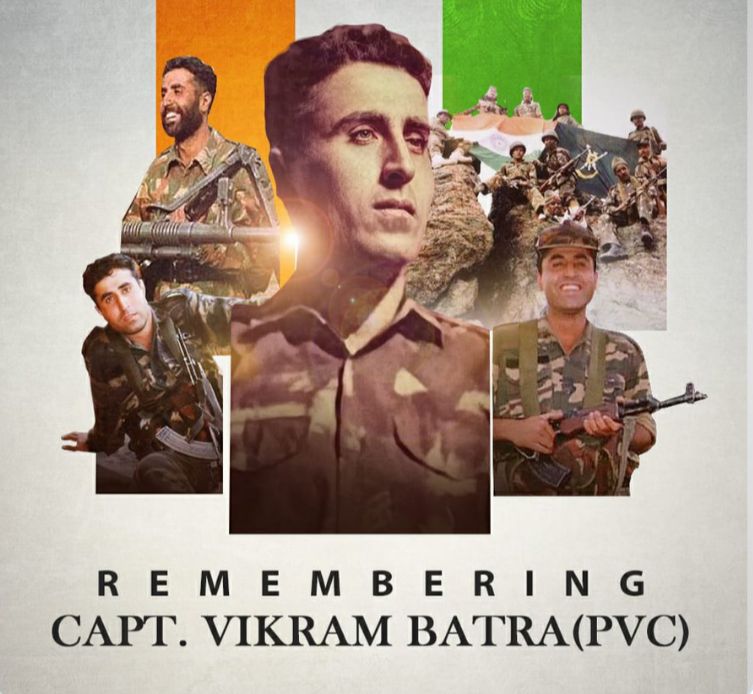 Today is the birth anniversary of Kargil War hero martyr Captain Vikram Batra. He was born on 9 September 1974 in Palampur. He has been fearless and lively since childhood.

Recently, the film Shershaah, made on his life, has made a lot of headlines. In the film, the story of Vikram's courage in the Kargil War is shown very beautifully. The love life of Vikram Batra and Dimple has also been shown in the film. In this, the role of Vikram is played by Sidharth Malhotra and the role of his fiancee is played by Kiara Advani.

Vikram Batra had died fighting Pakistani forces during the Kargil war in 1999 at the age of 24.  Late Captain was posthumously awarded the Param Vir Chakra, India's highest gallantry award for Kargil War.

Captain Batra volunteered to lead another assault for point 4875 at a height of 18,000 feet.

It was at this stage Captain Batra—nicknamed “Shershaah” (The lion king) for his extraordinary bravery and leadership, and his punchline- ‘Dil Maange More’ became a household phrase across the country.

A mountain peak was also christened 'Batra Peak' in the war hero's honour to commemorate his bravery and landmark achievement.

The Indian Armed Forces had defeated Pakistan on July 26, 1999. Since then, the day is celebrated as Kargil Vijay Diwas to rekindle the sense of pride and valor of the soldiers, soldiers who concluded Operation Vijay as well as citizens of India.

Sidharth Malhotra pays tribute to Captain Vikram Batra as he remembers him on his birth anniversary today.

Taking to his Twitter handle, Sidharth paid a fitting tribute to the late Captain Vikram Batra as he fondly remembers him on his birth anniversary today. 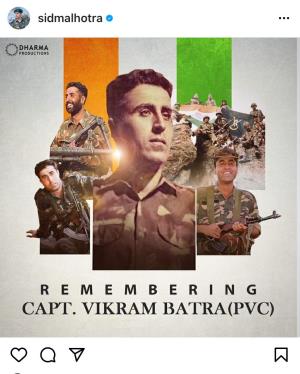 Meanwhile, on the work front, Sidharth will next be seen in ‘Mission Majnu’ alongside South superstar Rashmika Mandanna in the lead role.