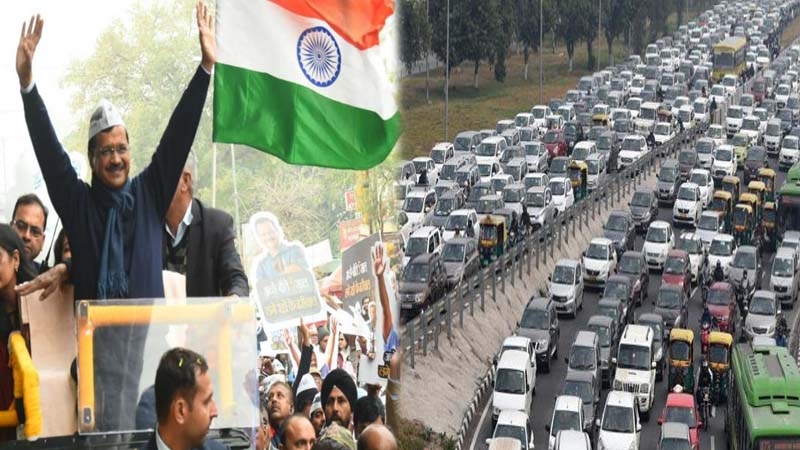 Commuters in Delhi had an estranged time on Monday as VIP movement, a protest march and Republic Day rehearsals affected the movement of traffic on several busy areas.

Many students held a march from Mandi House to Jantar Mantar to protest the Citizenship Amendment Act and the National Register of Citizens. Rajpath, from Vijay Chowk to India Gate, was closed for traffic from 9 am to 12 noon for the Republic Day parade rehearsals.

Traffic was also restricted on Rafi Marg, Janpath and Mansingh Road during this time. The rehearsal will also be held on Tuesday.