The Indian Institute of Technology (IIT) Madras announced that its team of researchers has developed an Aritificial Intelligence (AI) technology to convert brain signals of speech-impaired human beings into English language. 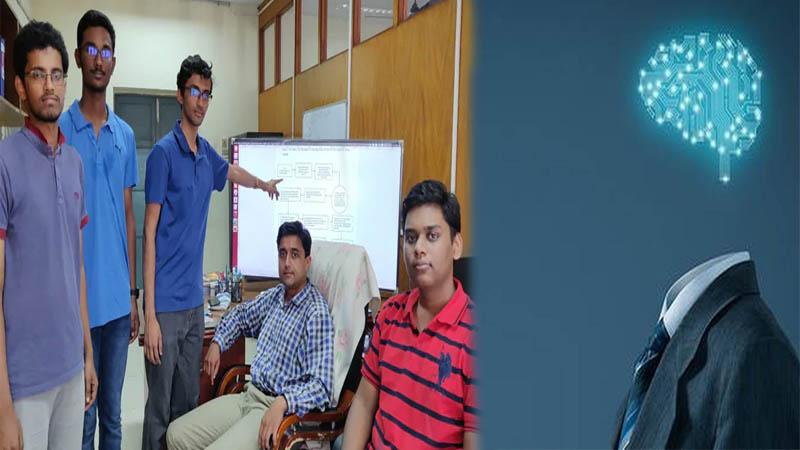 In this field of research, another vital application is that it can potentially interpret nature's signal like plant photosynthesis process and their response to external forces.

A team of researchers worked under the supervision of Vishal Nandigana, Assistant Professor, Fluid Systems Laboratorry, Department of Mechanical Engineering, IIT Madras, is working on this area of research, said the Institute in a press statement.

Brain signals are typically electrical signals. These are wave-like patterns with spikes, humps and crusts which can be converted into simple human language using artificial intelligence and deep learning algorithms. This research enabled the researchers to read direct electrical signals of the brain.

However, the researchers tested this concept by getting experimental electrical signals through laboratory experiments to get signals from nanofluidic transport inside nanopores. The nanopores were filled with saline solution and mediated using an electric field.

“The output result is the ionic current, which represents the flow of ions which are charged particles. These electrically driven ionic current signals are working on to be interpreted as human language, meaning speech. This would tell us what the ions are trying to communicate with us. When we succeed with this effort, we will get electrophysiological data from the neurologists to get brain signals of speech impaired humans to know what they are trying to communicate,” informed Vishal Nandigana.

The researchers are working on decoding and interpreting these real data signals into a simple human language such as English which can be easily understood by all human beings.

Electrical signals, brain signal or any signal, in general, are wave forms which are decoded to meaningful information using physical law or mathematical transforms such as Fourier Transform or Laplace transform. These physical laws and mathematical transforms are science-based languages discovered by renowned scientists such as Sir Isaac Newton and Jean-Baptiste Joseph Fourier.