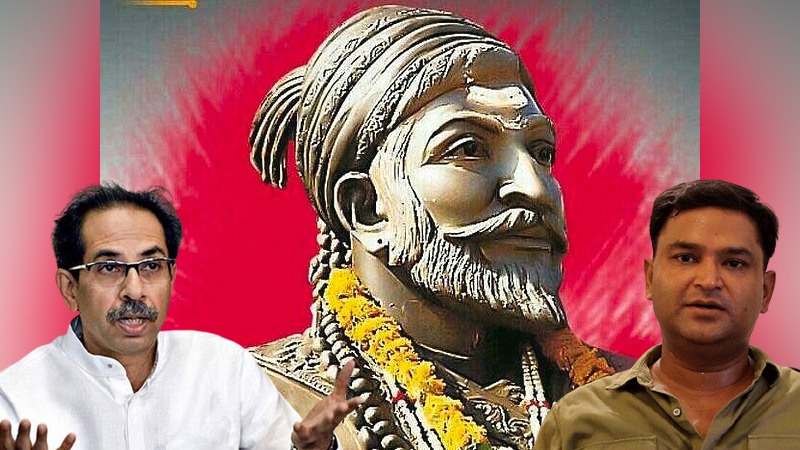 Ever since Republic TV Chief Arnab Goswami has been arrested by the Maharashtra Police, a huge row has erupted. The Maharashtra Police and Government have been facing huge criticism on social media and also people are coming to streets across India in demand to release Goswami.

Now, a retired Indian Army Officer has slammed the Shiv Sena for dragging out Arnab Goswami from his house and arresting him. Major Gaurav Arya who is also a Consulting Editor of Republic slammed the Shiv Sena and said that the party has compromised its principle which was based on the Principal of Chatrapati Shivaji Maharaj.

Gaurav on a YouTube channel named 'Defensive Offence' lashed out at the Uddhav Thackeray government for being thin-skinned when it comes to criticism. Gaurav said, "Arnab has won, whatever is going on now i.e. the bail, the hearing in court, these are like the extra round run by a winner of the race."

Slamming 'forceful' arrest of Arnab, Gaurav said, "You pushed Arnab back unconstitutionally but the Republic will push you back constitutionally." The retired army officer quoted NCP leader Nawab Malik who was caught in a sting operation saying that Arnab will be pushed to such an extent that he fears he will take his own life. Gaurav Arya also slammed Shiv Sena on the issue of Marathi and Non-Marathi. He said, "The name of political party Shiv Sena was inspired from Chatrapati Shivaji Maharaj. Shivaji Maharaj did not have a larger army than Aurangzeb and Afzal Khan but he had truth and righteousness always by his side and that is why he won against them."

Slamming continuous attack of Maharashtra Government on Kangana Ranaut, Gaurav Arya said, "Chhatrapati Shivaji Maharaj always fought for the poor and women safety. But Shiv Sena broke the house of a self-made woman i.e. Kangana Ranaut just because she tweeted against the government. That only shows how much they got scared of the Bollywood actress."

"Balasaheb Thackeray who himself was a journalist used to write against the government. Even today people keep photos of Bala Saheb at their house just because he never compromised with his principles. But ask yourself whether have you compromised your principles or not," Arya added.

Note: The Opinion Expressed In Article Are Based On The Video